Neil Warnock's men travel to the seaside on Tuesday night as they look to put a dent in Blackpool's play off aspirations. United suffered a humiliating 5-0 loss at home to Ian Holloway's side in the reverse fixture and will have the opportunity to restore some pride when the two sides meet at Bloomfield Road. Jonjo Shelvey helped himself to a hat-trick in that game while Paul Rachubka had a nightmare in goal for the Whites and Tom Lees was sent off. Blackpool are unbeaten in their last four outings but two draws against Barnsley and Nottingham Forest have deterred them from securing their place in the play offs and the Tangerines, who sit in fifth place are only two points above Middlesbrough in seventh. Neil Warnock finally managed to record his first home win as Leeds manager last time out against Peterborough and his side will go into the clash with renewed confidence as they look to end the season on a high.

The unfortunate Robbie Rogers has joined Aidan White in the treatment room after his first start in a Leeds shirt ended prematurely through injury. Danny Webber and Ramon Nunez are the players fighting to have another chance in the United starting eleven in place of the American International. Meanwhile, Charlie Taylor endured a nervous 45 minutes in United's defence against Peterborough and is likely to drop out of the side with Paul Robinson coming in. Meanwhile Michael Brown and Zac Thompson continue to miss out through suspension.

17 goal man so far this season, Kevin Phillips has been out with hip and ankle problems but could return to boost Blackpool's attack. However Roman Bednar is still missing with a knee problem while Keith Southern is unavailable through suspension.

Blackpool are certainly not short of quality experienced players within their ranks and one of those is Gary Taylor-Fletcher. After signing for Blackpool from Huddersfield in 2007, the midfielder who is also a handy front man wasted no time in making an impression on the seaside as he quickly became an integral part of the set-up at Bloomfield road. During Blackpool's Premier League adventure last season, the Liverpool born work horse grabbed goals against the likes of Manchester City, Liverpool and Manchester United and despite never being particularly prolific, Taylor-Fletcher is also a provider and has proved his weight in gold this season with no fewer than 11 assists. Blackpool's number 12 has also hit seven goals this year and his power and strength is sure to be a handful for the Leeds United defence. 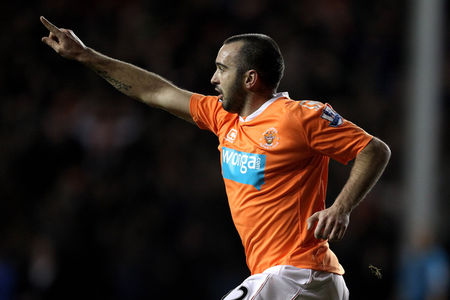 Blackpool are capable of beating the best on their own turf and showed just how deadly they can be when they beat Southampton 3-0 at Bloomfield Road just the other week. I do have a sneaking suspicion that we are going to nick this one though. The Whites have been more often than not a better side away from home under Warnock so far and hopefully the home side will be in complacent mood allowing United to steal all three points. No doubt the travelling Leeds fans will be in good spirits at the seaside and the 4-1 win at the weekend will at the very least have given the lads a bit of confidence. With only three games left and nothing to play for, they can play with a bit of freedom, I'm going for a 2-1 win to Leeds. 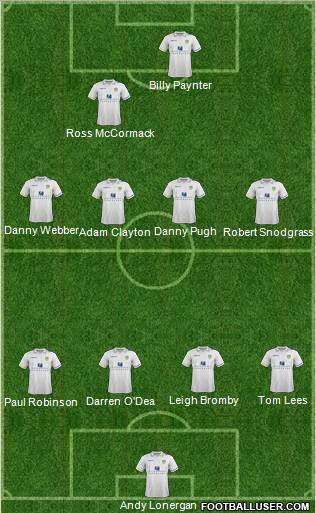 With Robbie Rogers being taken off injured last time out I think Warnock will opt to replace him with Danny Webber. Webber got an extended outing on Saturday and failed to impress but I feel the manager will stick with Webber rather than Nunez. Charlie Taylor struggled at the weekend and will more than likely be replaced in the left back position by the experienced Paul Robinson on loan from Bolton. Other than that I think it will be the same side with two goal hero Billy Paynter keeping his place in the team.