I was there when Billy scored - Part II

Share All sharing options for: I was there when Billy scored - Part II

Ladies and gentlemen, I invite you to join me in the rapturous celebrations in honour of a landmark event. Billy Paynter has scored for Leeds United. Billy Paynter only has one other goal to his name, which came in 2011 against Preston North End.

On a day when Andy Carroll scored for Liverpool, one could have been forgiven for wondering whether it was an alien spaceship from the movie Independence Day making its way over the brow of Beeston Hill behind the dark clouds, such was the staggering occasion when either Carroll or Paynter score. 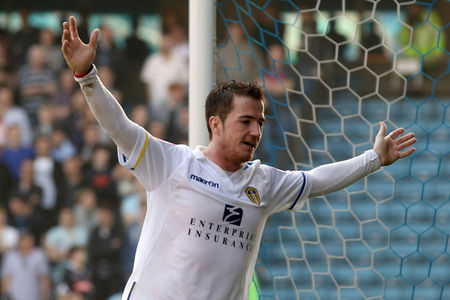 With a rare start, Paynter stunned Elland Road with not one, but TWO goals in Leeds' demolition of the not-yet-safe Peterboro' United, proving that old adage about buses is dead right. His and Ross McCormack's double secured Neil Warnock his first, and well overdue win at Elland Road.

Throwing caution to the wind, Warnock finally threw a few risks in the mix, with young Charlie Taylor starting at left back, Leigh Bromby came in for the ever-hapless Paul Connolly , the Robbie Rogers came into midfield for the suspended Michael Brown and Paynter was up front in place of Luciano Becchio.

With the whole crowd willing Billy on, it wasn't long before Paynter was in on goal, first he struggled to control when in on the Posh goal with defenders blocking from every angle before his header was cleared off the line. All within two minutes.

Robert Snodgrass was looking threatening too and Shaun Brisley had to be sharp to block his shot.

The Robbie Rogers didn't last long and had to be helped off after falling to the ground with no one around him.

Leeds had a good first quarter; looking full of renewed vigour, Rogers showing intent and a good touch but inevitably, despite the changes in defence, the same old problems remained. As Taylor dallied in possession and failed to clear, the ball fell for Joe Newell who ran unchallenged into the box before rolling a smart finish through the legs of Andy Lonergran for the opener.

For all Leeds' possession, no one really looked like equalising except for Paynter and sure enough, when Paul Jones couldn't hold Snodgrass' cross, Billy was there to finish off the loose ball. Cue wild, if not slightly bewildered celebrations in the home end.

McCormack then put Leeds ahead at the start of the second half, finishing from close range after Paynter's header across goal and two minutes later, Leeds were in the driving seat. Snodgrass's flick on found Danny Webber who laid it on for Clayton who was bombing down the wing. His precision cross across the six yard box was perfect for the arriving McCormack.

Despite the welcome win which, while generally expected considering the opposition, Warnock was quick to keep things very real after the game. Paynter, he said, has looked very sharp in training all week and earned his place but tellingly, he said of Paynter that you can't be kidded by one game and that today changed nothing.

He continues to say the right things though and whilst undoubtedly being encouraged by the performance, he continues to play down the possibilities of what the current squad can achieve and indeed who will still be at the club next season. He told the Yorkshire Evening Post, "There are some I want to keep and they'd be idiots to leave. The future's exciting."

With three games left against opposition who will provide sterner tests than lowly Peterboro', Warnock won't be getting excited about today's result but it is a reminder about what a select few individuals are capable of. With Billy hogging the headlines, McCormack wasn't lauded as much as he should be. 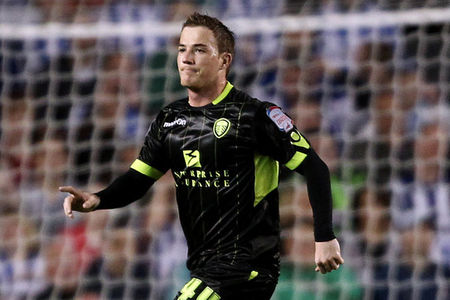 Despite a relatively barren spell in front of goal recently, McCormack has been quietly plugging away on the pitch, making things happen and showing great potential. Today's tally brought his league goals total to 18. The problem with McCormack is that he isn't a brick shit-house like Paynter or a threat in the air, like Becchio. Warnock admitted in his post-match summation that he doesn't know if McCormack will start games next season; this isn't down to a lack of goals, obviously but a clever, nippy, likes-to-come-short for the pass type of player that he is, will never really fit into a Warnock plan which consists largely of lumping it forward to the big front men.

That's not to say that Leeds can't and shouldn't play nice football, obviously. Today showed what we already knew; with the right mix, Leeds can play good football because we have players like Snodgrass, Becchio, McCormack and Adam Clayton - on a good day, who can get the ball on the deck and play intricate, one-touch football.

Ability of the opposition aside, Leeds did just that today and Clayton, in particular was excellent. Like Jonny Howson before him, he only seems to have a really good show once a month or so but when he does, he shows glimpses of the player he should be. Tough in the tackle, hard to shake off, determined and gritty on the one hand and with an eye for a raking pass or even back-flipped volley.

The problems at the back remain; despite changing things around again and giving Taylor a chance at left back and Bromby a run out in the center, Peterboro' had chances to run at the defence with gaping holes appearing all too often.

On to Blackpool. At least it should be a fun day out. Oh I do like to be beside the seaside...