Peterborough are the visitors to Elland Road this weekend as United look to halt their abysmal home form. The reverse fixture at London Road was an entertaining affair in a game which saw Darren O'Dea score a dramatic last gasp winner to send United back to West Yorkshire with all three points. That result means United will complete the double over the Posh should they manage to get their first home win under Neil Warnock. Meanwhile Darren Ferguson brings his team to West Yorkshire knowing three points could mathematically ensure Peterborough are still a Championship side next season.

Neil Warnock is set to shuffle his pack for the visit of Peterborough as he sets his sights on running the rule of the final few members of his squad he is yet to see in action. It is unknown who these players will be but the likes of Billy Paynter, Danny Webber and Ramon Nunez could be heavily involved. Meanwhile Michael Brown joins Zac Thompson on the list of Suspended players for United following his straight red card against Derby on Monday. Adam Clayton returns to the fold though after sitting out the last two games through suspension.

For the visitors, both Emile Sinclair and Tyrone Barnett were in the travelling squad, however there are doubts over the pair. Sinclair (Ankle) and Barnett (muscle) have both recently been missing through injury. Other than that there are no new injury concerns for Posh manager Darren Ferguson.

Peterborough top scorer Paul Taylor joined the club from United's one time Champions League opponents Anderlecht and has notched eleven goals so far this campaign. Taylor recently rejected an offer to become the highest paid player at London Road and is likely to leave the club in the summer. Speaking to Sky Sports manager Darren Ferguson said: "He sees his future in the Premier League and we have to respect that decision." If Taylor brings his 'premier league' form to Elland Road, he will fancy his chances of adding a few more goals to his Peterborough tally and the Leeds defence will have to be on their guard. 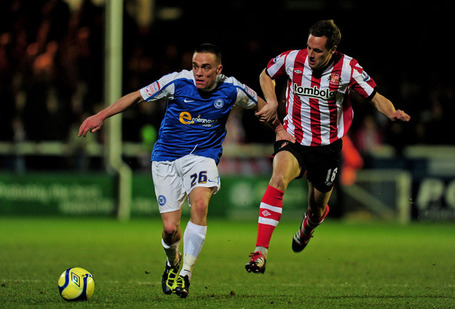 These predictions are getting harder and harder but having said that, it is fairly easy to just simply say we will lose like we have done in four of the last five home games. We really need a win, just any kind of win would be nice, there is nothing to play for other than pride but everyone involved with the club just needs to see us win. With Peterborough looking to secure their survival, they are sure to be up for the game, the question is will Leeds? Will we finish the game with eleven men? It would certainly help if we did. I'm going to once again predict a narrow Leeds win, there is only so long we can go on with such ridiculous home form. Hopefully I won't be as wrong as I have been in recent weeks. 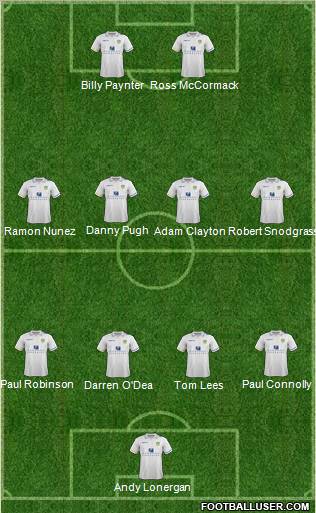 I think Warnock will give Paynter a chance from the start, giving Luciano Becchio a rest in the process. I also think he will take another look at Ramon Nunez, Danny Webber could also feature which would probably see Ross McCormack rested but we will just have to wait and see.