It's about five hours away from kick-off against Watford in what is another must win game for the Whites. Although not all, I get the impression some Leeds fans are thinking this could be an easy game today.

Personally I don't think they could be more wrong, Watford are unbeaten in six and have beaten some solid teams along the way. However this post isn't about what I think, it's about the managers thoughts before kick-off. Both Neil Warnock and Sean Dyche will be desperate for a victory for different reasons.

When Warnock spoke to the Yorkshire Post earlier this week he admitted he would 'be gob-smacked' if the Whites managed to reach the play-offs. Some may say that is negative...I think more realistic. His responses show he's looking at next season now, but while it's still mathematically possible the lads are going to give it a go.

Can't complain with that now can we? 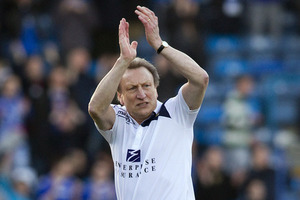 Speaking about the current situation at the club and the Watford game, Warnock said:

"You can't be like that as a manager, you have got to know who is in the trenches with you, who you want behind you and who you don't want behind you. It is quite obvious that we need ins and outs in the summer to get the squad we like. But there are still people surprising me and doing better than I thought, likewise there are others that aren't doing so well.

We need to win. Let's forget about it (play-offs) if we don't win on Saturday. But then we'll probably go and win at Reading and we'll be going for the Championship or something stupid. You can't lose a game 3-7 and get in the play-offs.

Watford is as good a game as any as they are flying and I am not disappointed by that as it makes for a good game."

As I mentioned earlier Watford themselves are on a good run and will be coming in to this game confident of an upset. Watford boss Sean Dyche has had some stick this season from media, his own fans and the gang at the Leeds fanzine The Square Ball (amusing though). At the moment he's proving his worth and they could sneak into the top ten before the end of the season. 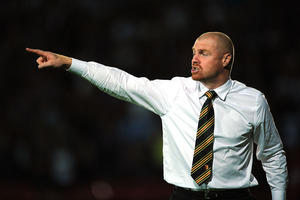 Speaking about the game on Watford's official site Dyche said:

"All the pressure is on Leeds United, no question about that. They'll be wanting to right the wrong that was the Forest match last time for them, and we'll be travelling looking to chase the 'what if' scenario. I mean 'what if we win' how are we looking after that? We'll get our answers Saturday but I'm certain we'll be asking some questions of Leeds.

Warnock's record speaks for itself. You can't argue with the facts of what he's achieved. He's always been very respectful towards myself and what we're doing here at Watford, so I've no reason to feel Saturday's game will change at all.

Like I said, it'll be a great challenge for our players and one we're all thoroughly looking forward to."

So now you've heard the manager's thoughts. You might have missed the Watford's fans views so have a read of them.

Not long now till kick-off lets hope the players work hard and get the three points.