Leeds United host Watford at the weekend with Neil Warnock hoping to record back to back victories for the first time as United manager. The Whites haven't lost out to the Hornets since the 2006 Championship play off final when United were well beaten at the Millenium Stadium in Cardiff. Whilst Leeds have had much better fortune in this fixture since then, only a late Robert Snodgrass penalty saw United leave Vicarage Road with a share of the spoils back in December. 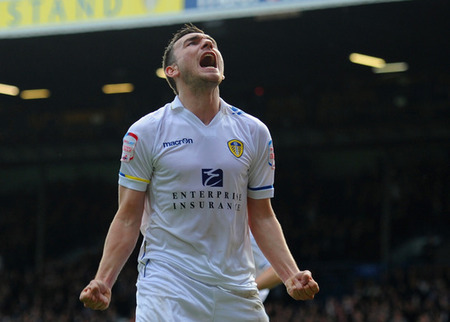 Watford make the trip to West Yorkshire in good spirits having not been beaten since a 3-0 loss at home to Southampton on the 25th February. Four wins and a draw in March have propelled Sean Dyche's men to within 6 points of the play-offs and the Hornets will be no pushovers for Leeds as they look to make up even more ground on the play-offs and keep Neil Warnock waiting even longer for his first home win as manager of Leeds United.

Leeds will be without the services of Ireland International Darren O'Dea who starts the first of a two match suspension after collecting his tenth yellow card of the campaign last weekend at Millwall. Tom Lees is likely to revert back to centre back in his place. The youngster was moved to right back last time out in a move which saw Alex Bruce take up his place in the heart of United's defence. O'Dea's suspension could see Paul Connolly come back in to the side at right back after the former Derby defender became the only casualty to Neil Warnock's defence following the humiliating defeat at home to Nottingham Forest. There aren't many other options for Warnock who told the club's official website: "We are a bit thin on the ground in that area at the moment".

Aidan White may also miss out for the Whites after the manager also revealed "Aidy White is also struggling a bit with his ankle, but we'll make a decision on him nearer the time". The visit of Watford comes too soon for Leigh Bromby and Andy O'Brien who both played 45 minutes for the reserves this week as they continue on the comeback trail.

Watford are likely to be without the services of Ross Jenkins who continues to struggle with a groin strain while Adrian Mariappa will still be missing for the visitors after he suffered an ankle injury away to Coventry City earlier this month.

Since top goalscorer Marvin Sordell left the club for Bolton Wanderers, attentions at Watford have turned to Troy Deeney. The striker who this week had a clause activated to extend his contract until the end of next season has so far hit eight goals for the London club this season. His eight goal haul includes five since the departure of Sordell during the January transfer window and the strikers form has been one of the major factors behind Watford's improved form. Deeney joined Watford for £250,000 from Walsall where the Birmingham born front man hit 27 goals in just over 100 starts and the 23 year old has continued his development at Vicarage Road where he is known for his hard work and endeavour. Deeney will be aiming to help Watford continue their fine run of form at Elland Road this weekend which has seen them unbeaten throughout March so far. 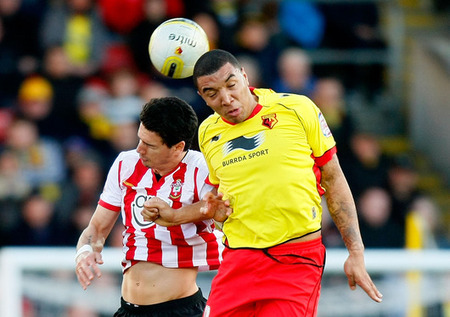 Leeds' home form has become very unpredictable of late. Despite being unlucky not to beat Southampton, a team who look destined for the Premiership and also coming to within minutes of beating West Ham on the Elland Road turf, United then shipped in seven against relegation threatened Nottingham Forest making this game a tough one to call. Despite being in 13th place Watford could be level on points with United with a win who in turn could be level on points with Birmingham in 6th place should results go United's way, as they so often have in recent weeks. Neil Warnock keeps telling us to stop thinking about the play-offs but while they are still within touching distance, it is hard to do so. I think United will get their first home win under Warnock but only just in a 2-1 win keeping our play-offs hopes alive.