Leeds United are back at Elland Road this weekend as Neil Warnock prepares to entertain table toppers Southampton in his first home tie as United boss. Southampton are a point clear at the top of the table and come to Elland Road full of confidence having won their last two fixtures 4-0 and 3-0 against Derby and Watford respectively. Former QPR gaffer Warnock is looking for his first win in the Leeds United hot-seat and he couldn't have imagined a tougher first Elland Road game in front of the Sky cameras. Southampton played United off the park at St Mary's on the opening day of the season, enjoying a comfortable 3-1 win and Warnock's men will be hoping to avoid a repeat of that when the league leaders come to town on Saturday evening.

There have been a couple of memorable games for Leeds fans with Southampton in the past. In November 2005, United were 3-0 down at half time and with Leeds fans wishing they hadn't made the long trip to the St Mary's stadium, goals from Paul Butler, Robbie Blake, David Healy and Liam Miller in the last twenty minutes sent Leeds back to West Yorkshire with all three points and gave the fans an afternoon they would never forget. Don Revie's Leeds United also gave Southampton fans a day to forget when Billy Bremner and Co defeated the saints 7-0 in March 1972. 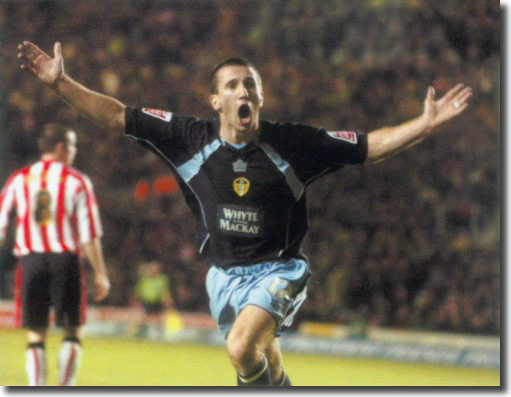 Alex Bruce is set to miss out for United after the former Ipswich defender was ruled out with a hamstring problem picked up in last weeks draw away at Portsmouth. Leigh Bromby replaced Bruce and is likely to continue at right back. Meanwhile Finland midfielder Mika Vayrynen has undergone groin surgery this week and will remain on the sidelines for Leeds. "Alex will miss this week and maybe a few. With Mika, it was something that's been ongoing we decided to get it done. Harvey will speak with the specialist and we'll take things from there." Said Warnock on the club's official website.

Former Sheffield United and Portsmouth man Danny Webber joined the club during the week but may have to wait for his debut as the 30 year old is short of match fitness. Darren O'Dea and Robert Snodgrass were both involved on International duty on Wednesday and won't be pushed too hard before Saturday's clash but Snodgrass is expected to captain the side once again.

For the visitors, former United full back Frazer Richardson and Guly both hope to shake off fitness worries in time for the Elland Road clash while Adam Lallana and Rickie Lambert both hope to be fit after they were forced off last time out against Watford. Billy Sharp is expected to replace Tadanari Lee up front after Lee was on international duty in Japan during the week.

My one to watch this week has effectively been done for me and its Southampton's number seven Rickie Lambert. Lambert joined the Saints from Bristol Rovers for a fee in excess to £1 million pounds but it has certainly been worth it as the powerful striker has hit the net on no fewer than 77 times so far in his Southampton career. It has certainly been a successful stint at the St Mary's for Lambert who not only helped guide his side to the Johnstone's paint trophy in 2010 and promotion from League One in 2011 but now looks set to fire the Saints back to the Premiership in 2012 as the club looks for back to back promotions. Lambert has 23 goals in all competitions so far this season which includes a hat-trick in his last outing and the former Bristol Rovers man is top of the goalscoring charts in the Championship, leaving United's Ross McCormack, the league's second top scorer, in his wake and he will be looking to stretch his lead over the Scot when the two go head to head at Elland Road this weekend. 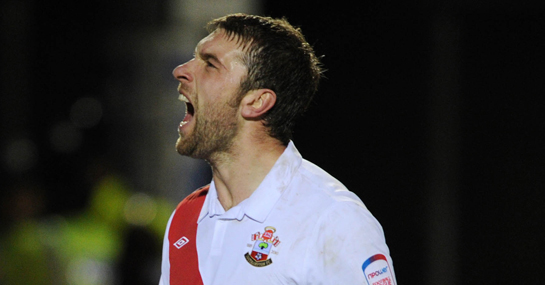 I hope United come out all guns blazing on Saturday and remind everyone that we are still a force to be reckoned with. However, that is more in hope than expectation and I feel Southampton will have too much for us this weekend. If we are to win then I think we need to make it a scrappy game and try to steal a win and put a dint in Southampton's title challenge. Come on Leeds!