Interview with an away fan: West Ham United

Share All sharing options for: Interview with an away fan: West Ham United 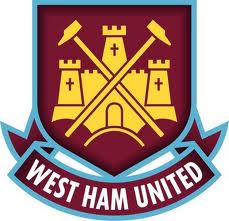 With Leeds on the mission to try and sneak into the play-offs we need some easy games if that's possible in this division. So with ten games to go we need an easy start, so who better to face but West Ham? Probably the hardest team to face on paper in the league, and also third in the league. To get an insight into our opponents I spoke to Paul Nixon from West Ham blog Claret and Blue in my Blood.

2nd in the league with a game in hand over Southampton. Are you happy with where you're at? Or did you expect to be running away with it?

Happy is overstating how many West Ham fans feel right now. By and large we're a spoiled lot in this division, and, rightly or wrongly, have high expectations for the club given its current predicament, squad depth, and recent expenditure on new signings. While the Championship is a new division for the club, it is also a new one for Southampton, and, right now, they are running away with it. Many fans will see this season as a failure if we do not secure one of the two automatic promotion places easily. Currently, the best superlative I can come up with is cautiously hopeful...

Unbeaten in four but with only one win, have you been looking good recently or are West Ham having a little poor blip?

Away from home the team has been looking very good recently with big wins at Blackpool and Cardiff, the former with ten men; however, at home it is a different story. Unless we play with ten men at home, we can't seem to buy a win or put in a good shift lately. The last few games against Palace, Watford and Doncaster in particular were shocking in their lack of intensity, of ideas, of creativity, and overall team performance. This is most definitely more than a blip: it's a potential deal breaker, as now, West Ham find themselves in third to two teams with better current form, and, in Southampton's case, potential.

Last time we spoke you mentioned how you had fell for the 'Long Ball Sam' tag the media had given. Have you changed your thoughts, and is he the man to take you back to the Premiership and beyond?

I believe that Sam is the man to take us back to the Premier League and give us a few seasons of relative stability. On the plus side he is a fabulous man-manager, a strict disciplinarian and is tactically astute. However, there are times when he will play players out of position and fail to get the best out of them. Sam is also a curious manager, and there are times that the team plays some epic stuff, like at Blackpool or against Millwall lately. But in both those games, Sam's hand was forced to rejig the team by a sending off relatively early in the games. With our players, given his druthers, Sam will play 5 across the middle with a big man up front: Cole. However, this is often not successful, and it's a less expected source that will score like Nolan or, as happened lately, McCartney. We have lots of creative forwards, but unless they are allowed to play together and given better service than a lob up front, the profligacy and snatched half chances will continue to go begging. However, you never count Sam out, and once in a while, he does an unexpected thing, whether prompted by injuries or brainstorm, you never know. Overall, for many West Ham fans lately, results count, and the jury is out on Sam's "style": automatic promotion will buy him a second kick at the can, but failing this, his popularity would be spotty, to say the best.

Going back to Sam for a second, it seems that the fans would rather have good football at all times than promotion under Allardyce? What is the obsession with the West Ham football, surely getting back to the top-flight and staying there is far more important?

There are purists out there who would rather play the "West Ham" way in any division, but, frankly, the vast majority of us haven't seen the West Ham way since Brooking, Devonshire, Bonds, Lampard senior etc... played back in the early eighties. (Zola tried, but with the possible exception of Swansea, there aren't too many teams that can play like Arsenal or Barcelona while on a budget!) We do like it on the deck with neat triangles and good off the ball movement, but, I believe, while they grumble most fans would hold their noses for promotion to the top flight.

I remember telling you in September that George McCartney was appalling for us, how has he been doing?

George McCartney has been stellar for us. He plugged a hole at the left back spot for us and has made it his own. He seems to love being at West Ham and works his socks off. I really was very cynical that a second spell at the club would be successful for him; however, he has proved many of us wrong week in and out this season: his defensive work is solid this season and his runs up the wing often lead to something positive. There is some debate though whether he is the man to ply that position if we are lucky enough to be promoted.

Nicky Maynard, Ricardo Vaz Te and Ravel Morrison all joined in January? Have they been playing enough to show you they've got something to offer?

Both Nicky Maynard and Ricardo Vaz-Te have played a few games in the first eleven. When they are used in their best positions, they have both been excellent. Vaz Te is working hard for Sam and is a very creative player. He has speed and likes to run at defenders. Maynard is great when he used as part of a 442 or a true 433, but play him as a lone striker and he's not your man. Ravel Morrison has been made the captain of the development squad players. He has, by all accounts, done very well and found himself on the bench last game, although he wasn't used. As a creative technical and pacy player, there are lots of calls by fans for him to be used, but Sam is integrating him carefully into the squad. By all accounts, except for the twitter blip, he seems to be settling in well, and that he could be something special. Time will tell.

To say you've gone down and complained with money issues on SkySports last season (Owners did) you've spent some money and brought plenty of money in? Are you going into further debt or have you found some miraculous pots of gold?

Well, you hit it on the head, Tom: we've hit some miraculous pots of GOLD. West Ham are in debt; however, all the new signing have been purchased by the owners' personal funds, and not those of the club. Our owners, Sullivan and Gold, have come a long way since last season; Sam seems to have politely but firmly curtailed their sometimes detrimental public comments about players, and, as fans, they've always put the club first literally bleeding claret and blue.

What were your thoughts on our first clash? I thought we played really well and should have won the game, but we had to settle for a draw late on?

Funny thing about perspective, Tom! I thought we deserved something from the game, and that while you were the more creative, we were unlucky to concede late on. However, that game, twinned with home defeat to Cardiff spurred the team on and in the next two league games West Ham netted 8. However, from what I saw on that day, I was sure that Leeds would be a major contender for promotion, which, perhaps, they will still be.

What are your thoughts about Leeds as a club or the events this season?

Leeds are an enigma to me. I can't decide whether they are being fiscally managed by a very prudent man with long term goals or whether the owner's motivation is short term profit. Some of the sales of some major talent has definitely undermined the club's short term league performance. But perhaps Bates feels it's too early, and he wants more financial stability and a more steady progression with a solid foundation before making the final assault on promotion; it's almost as if he's holding the club back, on purpose because the other alternative doesn't bare thinking about from a fan's perspective. If I were a fan though, I'd be livid at the offloading of some of your talent. However, I'll not write Leeds off this season until or unless they're mathematically out of the running. Who knows, by the end of the season, maybe Bates will be hailed as a hero and Leeds as the next Swansea. Maybe...

How do you see the Hammers lining up on Saturday?

I think that if the Hammers will either be organized as a 451 with Cole up front or a 4141 which is how much of our away success has panned out lately. We have a number of critical injuries right now: in defence Reid is a big miss; O'Brien and Papa Bouba Diop are likely out too, as is Vaz Te. I expect that Nolan will captain and that we'll play one up front, with that being Cole. If that is the case, look for a low scoring game.

We're trying to get over 30,000 for the game on Saturday and we've been told you've sold your allocation which is always good. What will the travelling Hammers fans be like on Saturday and have many complained about the prices?

I haven't heard any complaints about prices from West Ham fans this season. The away support this season has been second to none, and they have been very supportive and loud. It's the home fans that have been less happy with results and have let the players know all about it lately. We haven't had any trouble this season, even at the Millwall game, and the fans are always, as I said, in good voice on the road.

Who do Leeds fans need to watch out for?

Leeds players need to look out for Nolan. He seems to thrive in pressure situation and never plays as well as when he is booed. He's not the most mobile player, but he does position himself well. If anyone will get a goal on Saturday from West Ham, it'll be him - probably out of nowhere. Matty Taylor can never been written off, and, if either Baldock or Maynard get a look in, then they're always worth a flutter.

Anyone from the Whites you'd like to bring to the Hammers?

Because of our inability to score goals lately, I think I'd have McCormack, Snodgrass and Becchio: with 36 goals amongst them they'd be a welcome addition to any Championship team, and, frankly, some Premiership teams too. Let's hope for your sake that Ken Bates values them in white shirts.

Finally what is your prediction for the game on Saturday?

With Warnock and at Elland road, I believe you will be a tough proposition. I think most fans expect a win, given our away record, but I think a draw would be a good result for us right now (though not good enough to be convincing for promotion). However, in reality, I think Warnock will work his magic, and you will snatch it 1-0. I wouldn't want to be between the two managers on the touch line - I imagine it will be fairly tense!