The Whites head to the Riverside stadium this weekend for a lunchtime kick-off with Middlesbrough as Neil Warnock continues to look for his first win as Leeds United manager. The reverse fixture at Elland Road saw Leeds finish the game with 9 men when Max Gradel and Jonny Howson were both given their marching orders while Middlesbrough also had a man dismissed. Howson and Gradel have both since departed the club while United have a new setup under Neil Warnock who is the latest man to be given the task of getting Leeds United back to the Premiership.

Middlesbrough will be chasing their third successive victory when United come to town and their return of 59 points so far this season is the best they have produced since their last promotion to the Premier League in the 1997/98 season. If the home side are to record their first league double over the Whites since 1963, they will have to beat Leeds at home for the first time since they moved to the Riverside stadium. The last time Boro managed to beat United on home soil, Leeds were Champions in August 2010. The Whites have enjoyed six victories and three draws since then, including a 3-2 victory in which a certain Lamine Sakho scored during the 2003/04 season. 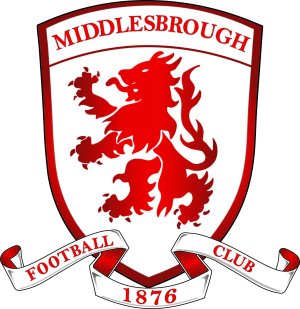 Alex Bruce and Leigh Bromby are both set to continue on the sidelines as the pair continue to struggle with their injuries. However Aidan White could return to action as he nears recovery from the knock he picked up at home to Southampton last weekend. Paul Robinson could also make his debut for the Whites after the veteran sat it out on the bench at Hull during the week giving boss Neil Warnock plenty of options at left back.

Danny Webber will be hoping to keep his place in the starting eleven after earning his first start at the KC stadium on Tuesday night. However the likes of Lloyd Sam and Ramon Nunez are also knocking on the manager's door asking for a chance in the team.

Rhys Williams is back for the hosts after the midfielder missed out against Barnsley through suspension while Marvin Emnes, Adam Hammill, Julio Arca and Barry Robson will all face late fitness tests after picking up knocks in the clash with Leeds' Yorkshire rivals in their last outing.

Middlesbrough possess some quality players within their ranks such as Marvin Emnes, Lukas Jutkiewicz and Adam Hammill but the one I think United need to keep an eye on is Julio Arca. Although Arca faces a late fitness test, if he plays for Boro he is the type of player who can pull the strings for the team and really hurt his opponents. Arca has previously enjoyed spells at Argentinos Juniors and Sunderland before he made the £1.75 million to the Riverside stadium in 2006. Arca will create opportunities for Emnes and Jutkiewicz given the opportunity and United's revitalised back four will have to be aware of Arca's creativeness. 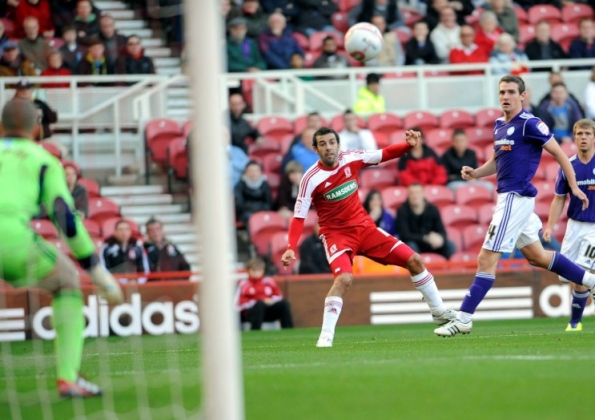 Arca signed for Middlesbrough in 2006.

The trip to Middlesbrough is another tough one to call, the home side are on a good run of form as they look to secure their play off place. However Boro have only scored 19 goals at home all season and if Warnock can get the players to produce the same effort as they did at home to Southampton then there is every chance the Whites could leave the Riverside Stadium with all three points. Unfortunately I think Middlesbrough will just have too much for Leeds and I think they will come out on top of another tight game, 1-0.