Leeds United start life without Simon Grayson with an away trip to Bristol City. Grayson, who managed Leeds for just over three years and helped guide the club back to the Championship from League One lost his job on Wednesday after the 1-4 home defeat at the hands of Birmingham on Tuesday night. Neil Redfearn will temporarily take charge of the first team and will be looking to get United back to winning ways when he takes his place in the dugout this weekend. Whilst it is unlikely Redfearn will get the job on a permanent basis, the former Barnsley man is refusing to rule himself out after he told Sky Sports: "I am capable, that goes without saying, but the bottom line is the decision is up to the club. The decision is out of my hands. From my point of view I am only interested in Saturday's game and making sure everything's ready for whatever happens and whatever happens I will take it in my stride."

The Whites have a good recent record against Bristol City and will travel to Ashton Gate in the hope that they can record their fourth victory in a row against the Robins. 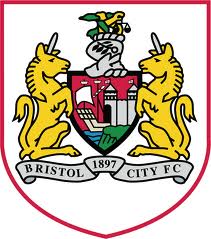 Caretaker boss Neil Redfearn has no new injury or suspensions to worry about but long term absentees Davide Somma and Patrick Kisnorbo remain sidelined. New signings Adam Smith and Robbie Rogers are both available though and could feature for the Whites on Saturday. Redfearn however, may see fit to shake up his young defence, after seeing it concede four goals to Nikola Zigic during the week, with the likes of Danny Pugh and Alex Bruce waiting in the wings. United's defence may also be boosted in the not too distant future by Andy O'Brien after the experienced defender returned to training after suffering from depression. This weekend will be too soon for the former Newcastle and Bolton man though.

Louis Carey is suspended for the hosts but both Marvin Elliot (hamstring) and Liam Fontaine (knee) have returned to training and may feature. Star striker Nicky Maynard is no longer at the club so on loan Chris Wood will continue up front for Bristol City while fellow striker David Clarkson is out for the season with an ankle fracture.

Despite Nicky Maynard's departure from Ashton Gate to West Ham earlier in the week United's defence will not have an easy afternoon with the likes of Chris Wood around. The New Zealander notched an impressive eleven goals in fifteen starts for Birmingham whilst on loan from West Brom earlier in the season and now the 23 year old is on loan at Bristol City and is still finding the net. With one goal in three starts so far, Wood will be looking to reproduce some of his form at Birmingham which even saw him put European defences to the sword in the Europa League. 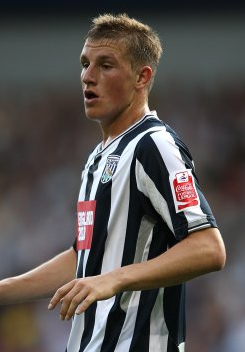 Chris wood has been in fine form this season.

It is another tough game to predict for Leeds United. Will the players be reinvigorated by the departure of Simon Grayson or will they slump further? I don't know but it will be interesting to see what kind of side that Neil Redfearn decides to go with on Saturday afternoon. I'm going to predict a 1-1 draw but whatever happens, I'm sure the United faithful will be 100% behind the team as always. Come on Leeds!