Danny Webber Links up with Warnock once Again

Share All sharing options for: Danny Webber Links up with Warnock once Again

Neil Warnock has made his first signing as Leeds United boss, bringing Danny Webber to Elland Road until the end of the season.

The 30-year-old is due to take part in a behind-closed-doors game against Middlesbrough later today, and will give some of the squad and Warnock a chance to take another look at him. 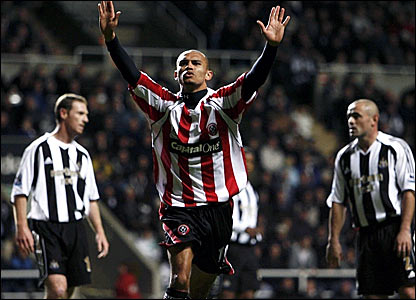 Over a 250 game career Webber has scored 50 goals. He started his career as a trainee at Manchester United, before having successful spells at Watford and Sheffield United. It was at the Blades that Warnock's relationship with Webber worked best, and the striker helped the club get promoted into the Premier League.

Webber also spent two years at last weeks opponents Portsmouth, but his contract expired last summer. Since then he's been looking for a club and has spent time training at QPR when Warnock was in charge.

Speaking about the deal to the clubs official site, Warnock said:

"I know the player well and he'll be good to have around the place."

Not the most inspiring and intriguing quote from Warnock, but lets hope Webber can add something to the Whites as they chase the play-offs. Personally it doesn't look like he will score many goals, and it remains to be seen where he will actually play. Looking at it now he may take the role that Aidy White played last weekend as part of an attacking three that support Luicano Becchio.