Leeds United head to the South Coast on Saturday as Neil Warnock takes charge of his first game for the club. Portsmouth are the team that await the Whites and they are a club currently in turmoil after recently going into administration for the second time. After going through administration ourselves, we know how it can be and wish Portsmouth all the best in their recovery. However there is three points at stake and hopefully Neil Warnock's men will show no mercy whilst there is even the slightest possibly that Leeds could end the season in a play off place. United have a poor record at Fratton Park though and haven't recorded a win in the league there since the 1985/6 season and although there haven't been too many recent games there between the two sides, a 6-1 defeat in the season Leeds were relegated from the Premiership is a game which is hard to forget. 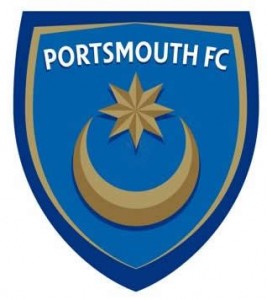 This week saw two loanees return to their parent clubs in Andros Townsend and Fabian Delph. Delph suffered an ankle injury at Coventry which could see him miss the rest of the season whilst Townsend apparently wasn't happy at the club. Neil Warnock is also likely to be without the services of American Robbie Rogers who saw his debut cut short after a nasty clash with Tommy Spurr last weekend against Doncaster. It has also been revealed that Ross McCormack hasn't trained all week following injury meaning the Scot may also miss out.

Meanwhile Lloyd Sam, Leigh Bromby, Billy Paynter, Paul Connolly and Ramon Nunez are just a few players waiting to find out if they will get another chance to impress under new boss Warnock as the former Sheffield United boss looks to pick his first squad as Leeds gaffer.

Portsmouth will be without Dave Kitson who is suspended after being sent off last time out. Top Scorer Erik Huseklepp has left the club for Birmingham City which leaves Pompey short of options up top. Liam Lawrence (calf), David Norris (hernia), Kelvin Etuhu (hamstring) and Luke Varney (Knee) are all out for the hosts while veteran front man Kanu (back) and Greg Halford (knee) are both doubts.

Portsmouth have an extremely small squad but young Hungarian front man Marko Futacs is the one I think the Whites have to look out for. Capped at Under-21 level for Hungary, Futacs joined Portsmouth in August 2011 after Steve Cotterill, then in charge at Fratton Park, saw something he liked and quickly gave the former Werder Bremen man Pompey's number nine jersey. Marko began his career in his homeland Hungary with Keruleti and Ferencvarosi Fc before eventually signing for Nancy in 2006. It was for Nancy's reserve side that Futacs hit 18 goals in 21 appearances alerting the likes of Werder Bremen who snapped Futacs up in 2009. With three Portsmouth goals to his name so far, Futacs will be hoping to add to that when United come to town at the weekend. 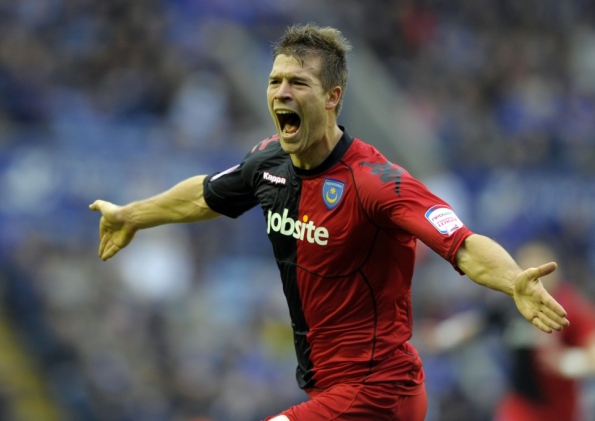 Futacs has so far notched three goals for Portsmouth.

Portsmouth are in free fall at the moment and hopefully the Whites will take full advantage of that and gain all three points. It's Neil Warnock's first game in charge of the club so he will be wanting to get off to a successful start and show the travelling United faithful what he has been doing with the team during the week he has had in charge so far. Portsmouth only managed to name three subs for their last game against Barnsley and have lost their best player this week in Erik Huseklepp who has joined Birmingham on loan as administrator Trevor Birch, once of Leeds, looks to balance the books. I think we will be too strong for the seasiders and the Warnock era will start with a win.