Match preview ahead of Leeds United's game with Middlesbrough at Elland Road.

It's back to the important stuff at Elland Road on Saturday as Leeds United face Middlesbrough in what will be their third game at home in a week. The Whites were hit for five by Chelsea during the week after taking a 1-0 lead into the half-time interval and Neil Warnock will be looking for his side to bounce back against Boro. This fixture last season saw three red cards and two for Leeds (Jonny Howson and Max Gradel). Both players have now left the club but Neil Warnock's side aren't red card shy and there could be more players that see red this season. United will be looking to get their new era off to a successful start following the completion of GFH'S takeover of the club.

Alan Tate missed the game with Chelsea due to being cup-tied but the defender, on loan from Swansea, is expected to be handed his place back in the side. Jason Pearce, who replaced Tate against Chelsea, will more than likely have to put up with a place on the bench. Jamie Ashdown was between the sticks in midweek but Paddy Kenny is likely to return against Boro.

Davide Somma was an unused substitute against Chelsea and will be hoping to play a part on Saturday, making his long awaited return from injury. Finally, Michael Tonge will start his final game for Leeds until at least January due to the conclusion of his loan agreement from Stoke.

Tony Mowbray may be able to call on Rhys Williams for the first time since August. The midfield man has been missing with damaged ankle ligaments but could feature at Elland Road. However, George Friend, Andre Bikey, Faris Haroun (all hamstring), Andy Halliday (groin), Julio Arca (toe), Muzzy Carayol and Curtis Main (both knee) are all injury doubts for Middlesbrough's trip to Leeds.

After scoring 50 goals in 88 League appearances for Celtic, Scott McDonald became the fifth Celtic to sign for Boro in 2010. Despite a fairly slow start to his Middlesbrough career, McDonald got into his stride during his first full season with the club, finishing the 2010/11 season as top scorer for the club with 14 goals. The Australian International has hit nine goals in all competitions this season and will be hoping to fire Middlesbrough into the automatic promotion places at Elland Road. 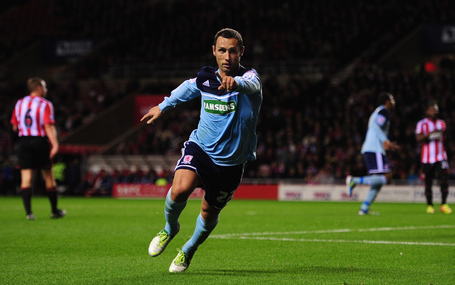 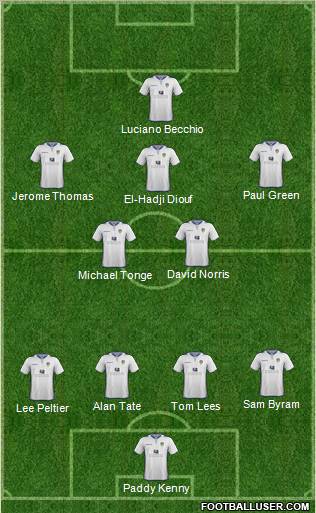 I think Paddy Kenny, Alan Tate and David Norris will come back into the side in place of Jamie Ashdown, Jason Pearce and Michael Brown but other than that I think Neil Warnock will keep the same side.

Well it's yet another tough game for Leeds against a side who are right up there with the pacesetters. Just like any other game though, United can come out this one with three points. The team need to be up for it ready to make amends for the five goals shipped in the second half against Chelsea. We are more than capable of coming out of this game with three points but I'm going to predict a draw.