Match preview ahead of Leeds United's clash with Chelsea in the Capital One Cup.

The wait is nearly over as United finally get to face Chelsea in the Quarter-Final of the Capital One Cup. The Whites have had to wait an extra week due to the European Champions' participation in the World Club Cup in Japan but Rafael Benitez's side are now back in England to meet Leeds for the first time since May 2004, United's last game in the Premier League. Leeds have never beaten Chelsea in the cup but do boast a better record in League meetings which of course means very little to Neil Warnock's side who have only conceded one goal on this cup run so far. That goal came against Everton and that type of form is going to need to continue if the Whites are to progress. As well as Everton, Southampton, Oxford United and Shrewsbury Town have been knocked out at Elland Road this season.

Jamie Ashdown has played in most of the cup games so far this season but has been struggling with an injury this week.

"Jamie has a slight injury. He's played in our cup games and he's probably been really looking forward to this since the draw was made.

It's ironic that he's got this, but I'm sure Jamie will do everything he can because he'll want to play in this one."

The manager went on to concede that a few others are also carrying knocks.

"We've got a big game on Saturday and we've got to look at things.

Pelts has been playing with a slight injury and we'll have to look at him. He was touch and go for the weekend, but he played so I'll be speaking to him and one or two others before we finalise things."

United will definately be without Alan Tate who is cup-tied which will give Jason Pearce a chance to push his way back into the side.

Daniel Sturridge is available for selection for the visitors after recovering from a hamstring but may not be rushed back. John Obi Mikel, Ramires and Gary Cahill are all suspended while this game comes too soon for John Terry who is still out with a knee injury.

£50 Million man Fernando Torres has had a torrid time since arriving at Stamford Bridge in 2011. However in recent weeks the Spanish front man has found his scoring boots with five goals in his last four outings. The one to watch for this game could have been anyone in Chelsea's squad but with Torres finding form just at the wrong time for Neil Warnock's men, United can't afford to give Chelsea's number nine any sight of goal because with the Spaniard's undeniable talent, he will more than likely make United pay. 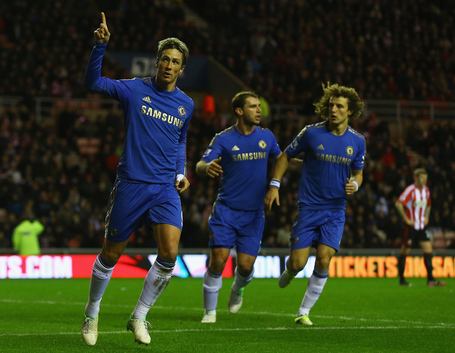 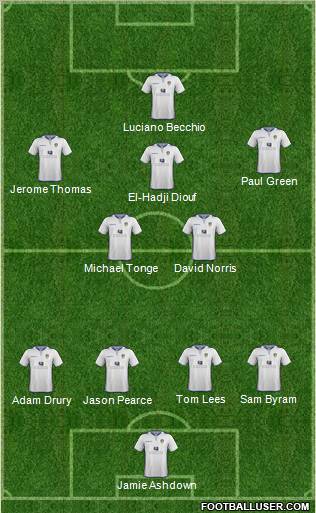 I expect Jamie Ashdown to get over his slight injury to play. Jason Pearce will come in for the cup-tied Alan Tate and personally I would bring Adam Drury into the side to replace Lee Peltier. You can't afford to play players out of place against the likes of Chelsea, especially given their attacking prowess I think it is crucial for everyone to be comfortable in the position they are playing in.

Well it's the cup and anything can happen and we have already put Everton to the sword who are having a great season. Chelsea will be tired and possibly jet lagged after arriving back from Japan with not that much time to spare. It gives us a chance but it is still going to be a tough, tough game and we need to be at our best from the very first second if we are going to complete the miracle and make it to the Semi-Final of the Cup. Stranger things have happened.