Match preview ahead of Leeds United's game with Ipswich Town at Elland Road on Saturday.

Leeds United host Mick McCarthy's Ipswich Town side this weekend as they look to get back to winning ways following last weeks defeat away to Derby. This is a fixture that doesn't hold good memories for Leeds United as this game in 2007 saw the Whites relegated to League One for the first time in their history following a 1-1 draw. It's going to be tough encounter between two old fashioned managers, Neil Warnock and Mick McCarthy will both be going all out for the three points with Warnock looking for his third home win in a row.

Jerome Thomas missed the defeat to Derby last week but the West Brom loanee has returned to training and may be available to return to Neil Warnock's wing. The manager has reported no new injuries ahead of the clash with Ipswich. Speaking to the club's officilal website, Warnock said.

"The lads have all picked up. We know if we don't perform we'll get turned over. We're hoping to bounce back, but there's nothing predictable about this league.

You've always got to look at team selection, but they've not done so much wrong. Jerome has trained so we're waiting to see if he has any effects from his injury, but we're optimistic he'll be available."

"It's not just the pace. He has experience and when he's on the pitch it pushes the opponents deeper than you might think and gives other players more freedom. It's his contribution all over when he plays."

Mick McCarthy is hoping to have Nigel Reo-Coker and Luke Hyam available after the pair missed the last two games against Millwall and Bolton. There are no other worries for the Ipswich gaffer, however Jason Scotland and Michael Chopra are pushing for recalls to the starting eleven.

DJ Campbell is a player Neil Warnock knows a lot about having signed the pacey frontman for Queens Park Rangers. The striker, on loan at Ipswich from QPR, has scored eight goals in twelve appearances so far for the Tractor Boys and is a proven goalscorer at this level. Having had previous spells at Brentford, Birmingham, Leicester, Derby and Blackpool after starting his career in Non-League, Campbell will be keen to continue his impressive start to his Ipswich career at Elland Road on Saturday. 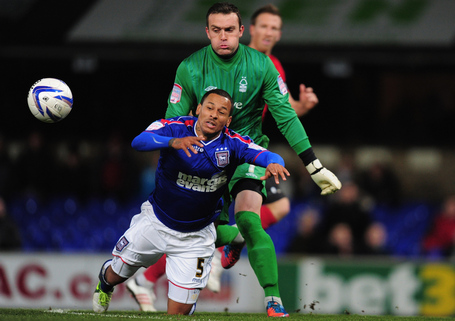 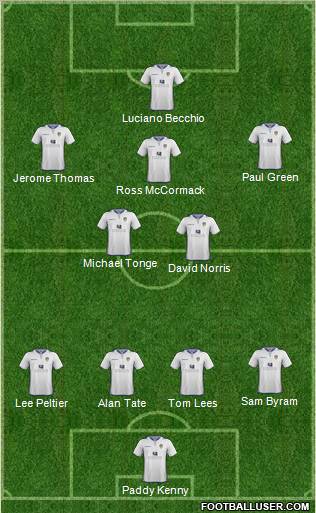 Despite a poor performance last weekend against Derby the only change I Would make is to bring Jerome Thomas back into the side in place of Ryan Hall. Hopefully Warnock will back his players to start another winning run against Ipswich tomorrow.

Until last week, United had been in great form so ignoring last week this is a game between two sides who have improved massively of late. Ipswich are unbeaten in four, having won the last three so it isn't going to be easy for United to get back to winning ways. Neil Warnock's men are going to have to find a way to win though if they want to start climbing the table again and I'm backing them to do just that, 2-0 Leeds.