Match preview ahead of Leeds United's trip to Turf Moor to face Burnley on Tuesday night.

Leeds United travel to Burnley on Tuesday night as they look for their first League win since the Barnsley game at the start of October. In fact the game takes place exactly one month since Neil Warnock's men gained all three points in a League fixture, making this clash a must win for Leeds. Burnley got Sean Dyche's era off to a great start with a 2-0 win at home to Wolves at the weekend and the Clarets have now won three of their last four. Burnley and Leeds are currently level on points with 20 each, hopefully United will get their fourth win in a row at Turf Moor and ensure they stay above Burnley in the table.

Tom Lees could miss out on United's trip to Burnley after the defender was substituted in the first half on Friday night. Lees took a blow to the face and a stray finger caught him in his eye causing the England under-21 International to have issues with his vision.

"We've had a few blows over the past few weeks, and if Tom doesn't play it'll give someone else an opportunity in what is a tough match." Said Neil Warnock

Michael Tonge, Lee Peltier and Luke Varney were also struggling on Friday night but the boss is hopeful they will all play.

"We have one or two sore lads, but I'm hoping they all come through.

Michael Tonge and Lee Peltier were struggling a bit as was Luke Varney, but that's what you'd expect after a run like we've had."

Burnley are hoping Ross Wallace will be fit for duty despite taking a blow to the side of the head from Jermaine Pennant on Saturday. Chris McCann is also likely to be involved after missing the win over Wolves at the weekend with a hamstring injury.

Charlie Austin has started this season in scintillating form. The former Swindon front man scored his 19th goal in his 19th game of the season at the weekend against Wolves. Austin has already beaten his goal tally from last season and will show no signs of slowing down when United come to town on Tuesday night. 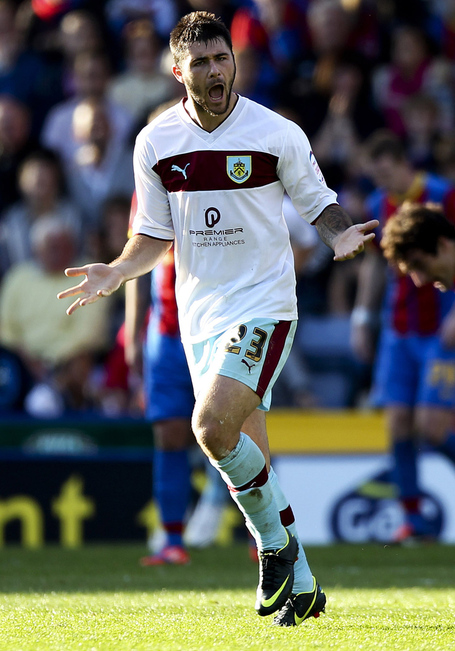 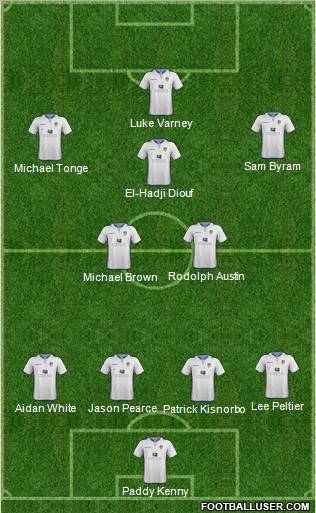 I think the players that are a doubt will all pull through to keep their places in the side but I don't think Tom Lees will be risked following his eye accident on Friday night, giving Patrick Kisnorbo his first league start of the season.

United tend to do poorly on Tuesday night League fixtures and when you couple that together with the Whites' poor recent League form, it doesn't fill you with much optimism going into the game. However, Leeds haven't been beaten by Burnley since 2006 and have won their last three games at Turf Moor. I don't feel like we are gonna get our fourth win in a row there though unfortunately and it could be another lucky away draw for United. Hopefully I will be proven wrong.