Leeds United head to Huddersfield for a Saturday lunchtime kick off which could see the Whites record three League wins in a row. Neil Warnock's men beat top of the table Crystal Palace last Saturday before easing their way past third placed Leicester City on Tuesday night. Huddersfield always put up a good fight against United though and Leeds will be looking for their first win in the fixture since thrashing the Terriers 4-0 in 2007. The game is sure to see a lively atmosphere with Simon Grayson in the opposition dugout as well as Adam Clayton and Jermaine Beckford being on the field for the hosts. Warnock has also managed Huddersfield in the past but hopefully it will be our manager who is celebrating victory against a former club and not Simon Grayson.

Neil Warnock once again has the option to name an unchanged side. The gaffer has stuck with the same eleven for the last two fixtures which have both returned maximum points. Speaking to the club's official website, Warnock said:

"We have a few tired legs after the games we've had, but we'll take things steady.

Jerome came off the other night because he looked like he was struggling. When he came off he asked 'why' and said he wanted to stay on, so he's fine.

The new two lads have given everyone a lift, and you've been able to see that rub off on the others.

The lads have done very well and as I said on Tuesday, you only change if you feel the need to change or have a reason to change. Do we?"

Jason Pearce is available again after missing three games through suspension but is likely to have to make do with a place on the bench. Loanee Alan Tate came into the side against Palace last weekend and has impressed in his two appearances.

Someone who is itching for more involvement is fit again Ross McCormack but the Scotland International may once again put up with a bit part role from the bench. 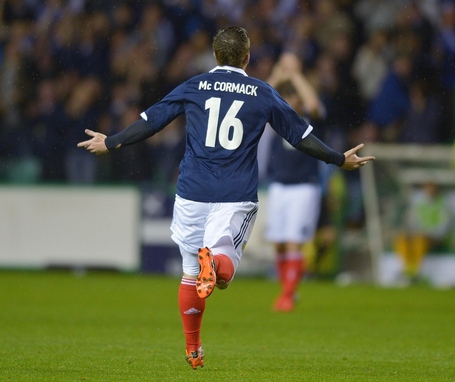 Huddersfield will be without Keith Southern who remains suspended but Adam Clayton returns from suspension in time to face his former club. Jermaine Beckford is a doubt for the game though, having sat out the last three with a hamstring injury. Fellow striker Sean Scannell is also a doubt with the same problem and James Vaughan has a thigh injury which could leave Huddersfield without three strikers for the game.

Despite being a doubt, I think Jermaine Beckford will make the game and start up front for Huddersfield Town. Leeds fans know all about Beckford, United's former number nine played a massive part in the club's return to the Championship with two of his most memorable goals coming against Bristol City to send Leeds up on the final day of the season and of course his winning goal at Old Trafford on January the 3rd. After leaving Leeds for Everton, the goal-getter has now had spells at Leicester City and now Huddersfield. Hopefully Beckford won't be wearing the colours of Huddersfield Town for too much longer but United need to be wary of his threat this weekend. 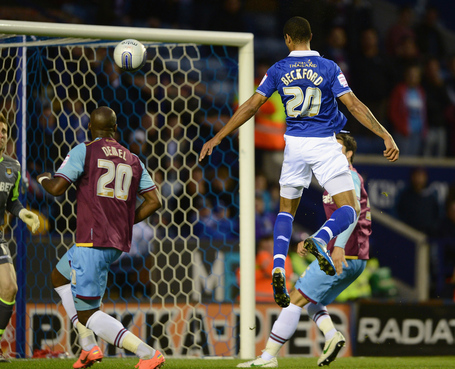 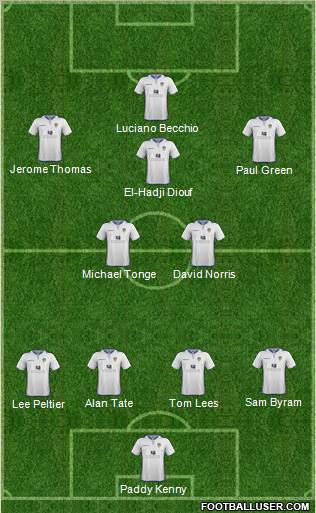 I think Warnock will go with the same starting eleven for the third game in a row. We've actually got competition for places at the club now and for example if someone such as El-Hadji Diouf was feeling fatigued, Ross McCormack could come in to the side in his place.

Huddersfield away is one of those games in which United just don't do very well in. However this past week has really boosted confidence at Elland Road, six points, a takeover and two new signings have really made a difference and there is no reason why the Whites can't go to Huddersfield and make it three wins out of three. Huddesfield will be up for it, it's one of, if not the biggest games of the season for them and United need to be at the races right from the start if they are to bring three points back to West Yorkshire.