Match Preview ahead of Leeds United's game with Leicester City at Elland Road on Tuesday night.

It's back to Elland Road on Tuesday night for Leeds United's second home game in a matter of days. The Whites recorded a much needed win against the division's in form team Crystal Palace at the weekend but it doesn't get any easier as Leicester are the next visitors to West Yorkshire. Nigel Pearson's side sit third in the table and they are what stands between Neil Warnock and back to victories for the first time since September.

Neil Warnock is likely to name an unchanged side for the visit of Leicester. Speaking to the club's official website, Warnock said:

"Have we got reason to change? If you don't have a reason, you don't change things so we'll see. I couldn't tell you the last time we fielded an unchanged side.

It is a big week in terms of games so I'll speak to some of the lads. Three games in a week is a lot for some of them, players like Dioufy, so we'll have a chat and weigh things up.

I'm not too concerned about the loan lads we've brought in having a lack of games. Alan Tate is a player who plays within himself and he will be fine. Jerome is slightly different being a winger, but we'll see."

Leicester could too be unchanged for the match. David Nugent missed the game with Sheffield Wednesday at the weekend and is likely to miss out again with a neck problem. Sean St Ledger is also out with a hamstring injury but Paul Konchesky is once again available after recovering from the same injury.

Leicester have scored eight goals without reply in their last two league games and someone who has been instrumental in making that happen is Lloyd Dyer. The winger finished the 6-0 win over Ipswich with a goal and two assists to his name and the 30 year old has 3 goals to his name in total so far this campaign. Dyer is a fans favourite at Leicester and joined the club after helping MK Dons to the double under Paul Ince in 2008 and has also had spells at West Brom, Kidderminster, Coventry, QPR and Millwall. 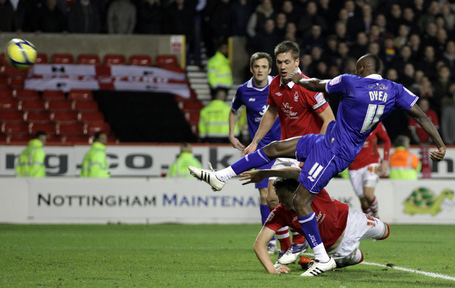 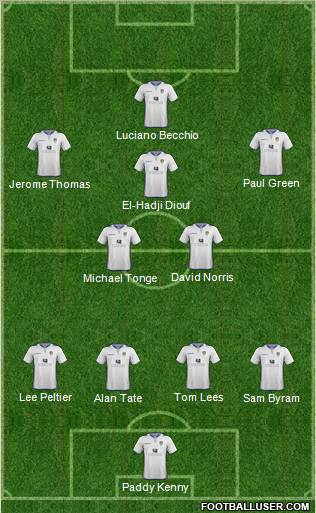 I fully expect Neil Warnock to name an unchanged side and why not? It was a good team performance at the weekend. Same again please.

It doesn't get any easier for Leeds after beating top of the table Crystal Palace, next up is third placed Leicester. If United play like they did on Saturday with the same level of effort and desire then I don't see why we can't be celebrating another victory. Yes I know it's a Tuesday night game but I think we'll win.