Match preview ahead of Leeds United's game with Crystal Palace at Elland Road.

Leeds United are back at Elland Road this weekend as they host high flyers Crystal Palace. It doesn't get any easier for United who are in desperate need of their first league win since the start of October. Unfortunately for Leeds, Ian Holloway brings his side to West Yorkshire full of confidence as the Eagles look to establish themselves at the top of the Championship. The Whites do have a decent record against Palace though and have only lost one of the last six meetings between to the two sides. That coupled together with the fact that United have had a string of good news this week, perhaps it is time to turn the form table upside down?

Neil Warnock has two new signings available for this squad. Alan Tate and Jerome Thomas joined United yesterday in loan deals until January. Tate will be in the starting eleven as Jason Pearce remains suspended where as Thomas may also make the starting line-up as Luke Varney begins his three game ban. Michael Brown is available for selection again following suspension.

Meanwhile, returning front man Ross McCormack is likely to remain on the bench after making his comeback as a substitute last week against Millwall.

Darcy Blake will be missing for the visitors because of illness. Other absentees for Palace include Jonny Williams (hamstring) and Paddy McCarthy (groin).

This weeks one to watch is the man everybody is talking about at the moment. Wilfried Zaha is still fresh from his first England appearance and has also just been named Football League young player of the month award for October so the youngster is bursting with confidence. Zaha has hit the net four times this year but it is his trickery and speed that has caught the eye of many fans and pundits alike recently. The future is bright for the Crystal Palace man but hopefully he won't be allowed to be star of the show on Saturday. 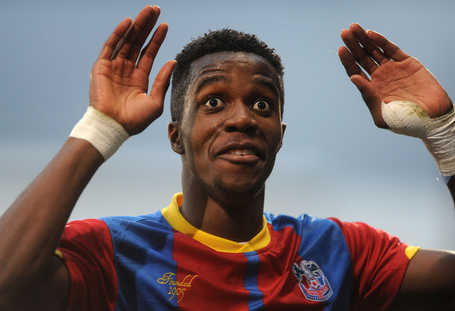 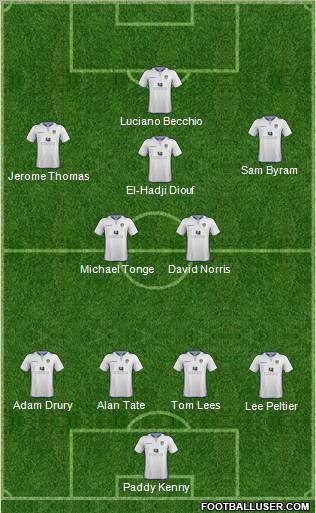 This is the line-up I would go for. Neil Warnock has already stated that Alan Tate will be in from the start but I would stick fellow loanee Jerome Thomas in there too in place of Luke Varney who begins his suspension. I would move Peltier to right back and move Byram to a more advanced role where I believe he is better suited. I'd prefer to see Norris in United's midfield but with Michael Brown returning from suspension, it remains to be seen whether Neil Warnock agrees with me or not.

I was extremely pessimistic for this game at the start of the week but with the takeover and two new signings, it is just the boost the club was looking for. I say this every game at the minute but we are in desperate need of a win, it is long overdue, as is a good performance. I hope we get it tomorrow, we must do if we aren't going to get sucked further down the table. I'm going for a Leeds win.