Match preview ahead of Leeds United's trip to the New Den to face Millwall.

Leeds United head to the New Den in desperate need of a win following their 6-1 home defeat against Watford last weekend. Although Millwall have been considered somewhat of a bogey team for the Whites in recent years, United managed to do the double over the London club last season without conceding a goal in 2-0 and 1-0 wins. Much of the same is required tomorrow if Neil Warnock and his team are to stop the rot which they currently find themselves in.

Neil Warnock will have to make a number of changes to his side for the clash with Millwall due to injuries and suspension. Michael Brown and Jason Pearce, who was sent off against Watford, are both suspended where as Rodolph Austin is ruled out with a cracked ankle bone which he suffered in the same match.

More positive news for the Leeds manager is that Ross McCormack is expected to be named on the substitutes bench after being out since September with an ankle injury.

Darius Henderson and James Henry will both be missing for the hosts. Both players have hamstring injuries while John Marquis is also a doubt with a groin problem.

I have a feeling that it will be a former Leeds man who United will have to look out for during Sunday's clash with Millwall. Andy Keogh only managed two goals during his loan spell at Elland Road which consisted of 30 appearances. However, the Ireland International then moved to Millwall in January and hit ten goals for the Lions. Keogh has found the net four times so far this campaign and will be looking to get one over the club where it all began for him. 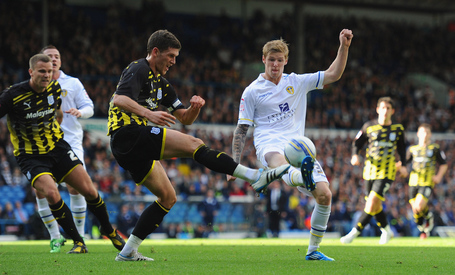 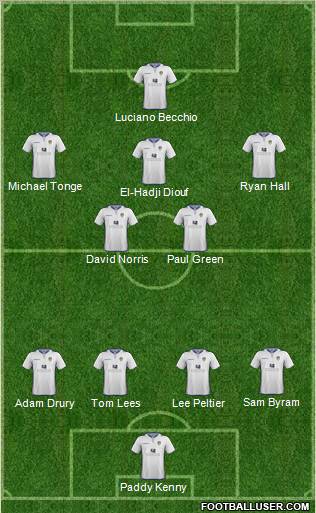 This is the team I would select to face Millwall. With injury and suspension Neil Warnock doesn't have much choice in midfield so I think Norris and Green will play there. I would start Ryan Hall ahead of Aidan White who has been poor. Hopefully the Southend Loanee can add a bit of attacking threat, something Aidan White doesn't do, if he is selected.

I don't hold out much hope for this game. Other than last season Millwall have been a bogey team for United and given the run of form that the Whites are in I think Millwall will win this one. Hopefully I will be proven wrong but with Millwall looking to go ten games unbeaten, I don't think I will be unfortunately.