Match Preview ahead of Leeds United's game with Barnsley at Elland Road this weekend.

It's back to Elland Road for Leeds United this weekend after away trips to Bristol City and Bolton Wanderers over the last few days. It's Yorkshire derby time as Neil Warnock looks to put the gloss on what has been an excellent few weeks for the Whites against a side they haven't had much success against in recent times. Since United's return to the Championship this fixture has seen somewhat of a goal rush. Unfortunately for United, most of the goals have gone into their net. At Oakwell, Barnsley have notched up 5-2 and 4-1 victories whilst they have earnt a 3-3 draw and a 2-1 win at Elland Road. The Whites are well overdue a win in this fixture, you have to go back to a Mark Viduka goal in 2001 which gave United a 1-0 win at Elland Road in the FA Cup for the last time Leeds won but will Leeds' newest bogey team strike again?

Neil Warnock has reported no new injuries ahead of the Yorkshire derby clash at Elland Road. Despite not yet making it onto the pitch, David Norris has returned to Warnock's squad in the last week and was on the bench for both trips to Bristol City and Bolton Wanderers. Paul Green is also nearing a return to first team action meaning that Ross McCormack will soon be Warnock's only first team injury worry, not counting Davide Somma who has now been out of action for over a year.

For the visitors there are doubts about Stephen Foster who took a knock in the game with Ipswich Town and he may not be risked against Leeds. Meanwhile Toni Silva and Mido are not training and won't be involved for the short trip to LS11. Jimmy McNulty is not expected to return until after the international break.

Barnsley striker Craig Davies has hit the back of the net on eight occasions so far this campaign. The 26-year old has hit the ground running this campaign and has almost reached his goal tally from last season which was eleven. Davies signed for the Tykes in the summer of 2011 from Chesterfield after hitting an impressive 23 league goals for the club. Interest in the product of Manchester City's academy was high but Davies opted to ply his trade at Oakwell and Barnsley manager Keith Hill is delighted that he did so as his hard work to sign the striker seems to be paying off. Hopefully Davies won't be adding to his goal tally at Elland Road this weekend but United need to keep the goal-getter in check if they are to make sure this is the case. 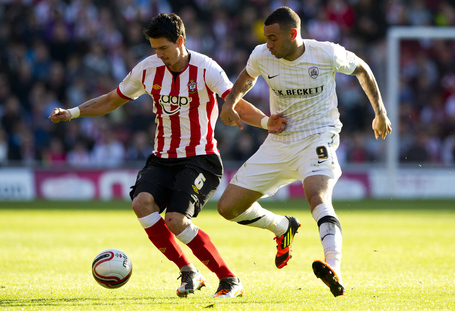 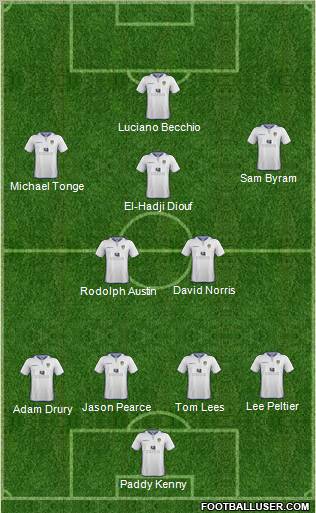 Given the news that Neil Warnock has no new injury worries I think he will name a similar side to the one that took on Bolton. One change I would like to see would be David Norris in for Michael Brown. Brown was brilliant against Everton and played well at Bristol City but Bolton seemed one game too many for the former Spurs man and I think he should sit this one out. It may be too early for Norris to return to the starting line-up but only time will tell.

This fixture has simply been a nightmare for Leeds fans in the last few seasons. Surely it is time for United to put in a performance against our Yorkshire rivals that our support deserves. I think with Neil Warnock in charge, he simply won't allow us to perform how we have against this lot lately and I think we will win the game. It would be nice to win by a few goals but I will take any kind of win.