Match Preview ahead of Leeds United's game with Premier League Southampton in the Capital One Cup.

Leeds United have the chance to reach the quarter final of the League Cup this evening when they host Premier League Southampton in the fourth round. Should Neil Warnock be successful, it will be the first time United have reached the quarter final since the 1995/6 season when Leeds lost to Aston Villa in the final. The Whites have got a terrible recent record against tonight's opponents though, having lost five of the last six meetings, scoring only two goals in the process. Given United's lack of attacking threat in the last few league games, it might not be a record that improves tonight.

Ryan Hall is not available for selection having already played in this years competition for Southend United. There are also question marks over Michael Tonge, Lee Peltier and Rodolph Austin who all face late fitness tests before Neil Warnock can pick his side.

Tadanari Lee is fit again for Southampton following an elbow problem while former Leeds captain Frazer Richardson could also return following a thigh injury. Jack Cork is also nearing a return to action after being sidelined with a knee injury.

Southampton may not have had the best start to life back in the Premier League but Rickie Lambert has picked up where he left off in the Football League. Lambert has got four goals to his name so far as he looks to help Southampton to their first league win of the season and his goal was the difference in a game which United deserved to win at Elland Road last year. Leeds will need to keep Lambert out if they are to have any chance of outscoring Southampton on Tuesday night. 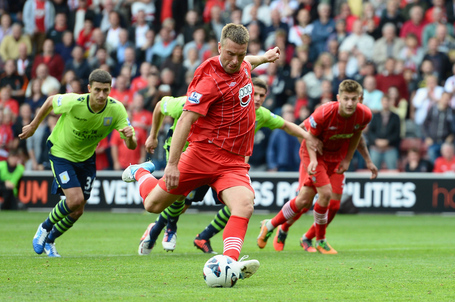 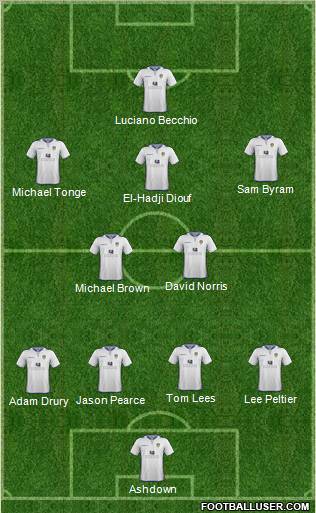 Jamie Ashdown has played in all the cup games so far and I think he might get the nod again tonight. I think that Peltier and Tonge will pass their fitness tests but I don't think Rodolph Austin will be risked, especially not with a game coming up so soon on Friday night against Brighton.