Match preview ahead of Leeds United's game with Birmingham City at Elland Road.

Leeds United prepare for their second home game in a matter of days as Neil Warnock aims to avoid a third game without victory. Birmingham City are the visitors and Lee Clark brings his side to Elland Road under pressure following a poor start to life as City manager. Birmingham arrive at Elland Road without a win to their name in October and the Brummies are currently sitting in 20th place in the table. They will be looking for their fourth win in a row against United though and this fixture last season was Simon Grayson last as manager of Leeds. Four goals from Nikola Zigic in a 4-1 win at Elland Road saw Grayson removed from his position as Leeds manager.

Neil Warnock explained to the official site that he will be leaving his team selection until the last minute this weekend. Midfielders Rodolph Austin and Michael Tonge as well as defender Lee Peltier all missed out on Tuesday night due to injury but haven't been ruled out of the Birmingham clash.

"Rudy has had his scan and we'll know more in the next 24 hours. He's not feeling too bad so we'll see.

He did it against Barnsley, then travelled all the way for the Jamaica games. He didn't play in the first game and shouldn't have played the second, then he flew back all that way in economy. It was no way to help him really.

Lee's had his scan as well and we'll know more about him in the next 24 hours as well. We'll see how he goes on Friday and leave it late.

There's Michael Tonge as well. I didn't feel we could play him from the start on Tuesday because of the pain, but if he has nothing untoward we'll push him back in. It will be late this time, usually we have a fair idea, but we'll be leaving this one until as late as we can."

Meanwhile Ryan Hall could be closer to making his debut for Leeds United after sitting on the bench for the last two games following his arrival at Elland Road on loan from Southend.

Marlon King will travel to Elland Road full of confidence following his 18 minute hat-trick against Millwall on Tuesday night. Birmingham were 3-0 down but three strikes from the one time United loanee rescued a point for Lee Clark's men. As well as having a short goalless spell at United, the 32 year old has also played for Barnet, Gillingham, Nottingham Forest, Watford, Wigan, Hull City, Middlesbrough and Coventry before arriving at Birmingham. King will be hoping to add to his tally of seven goals this season this Saturday and help Birmingham climb the table. 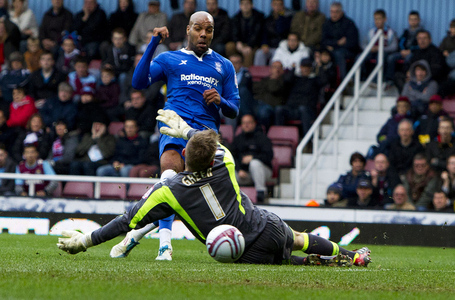 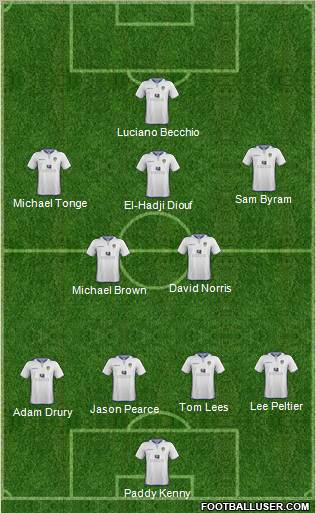 I think that Peltier and Tonge will be deemed fit to play but I think fans favourite Rodolph Austin will have to sit another game out. It would be harsh to drop Norris after grabbing a goal against Charlton so I think he will keep his place. I would like to see Byram push forward, he has played right back the last few weeks but I think he is better going forward. Whether that happens remains to be seen.

We have been poor recently but we are still getting results. It's hard to know how we have managed to remain unbeaten in the last few games but all credit to the team for picking up results without playing well. A win on Saturday would be great, even better to pile on the misery for Lee Clark. Birmingham will be looking to get out of their terrible run of form so the lads need to be up for it, if they are to get all three points. Who knows which Leeds team will turn up, I just hope it is a good one.