The International break has once again come and gone with a whimper and it is back to the stuff that matters as Neil Warnock's side head to Sheffield Wednesday for their latest Yorkshire derby of the campaign. It is a game the United gaffer will have his men well up for after the veteran manager took charge of Wednesday's fiercest rivals, Sheffield United for a number of years. He won't want anyone to let him down as he looks to return to Leeds with all three points.

Leeds United face a nervous wait over the fitness of Rodolph Austin who not only played for Jamaica despite a slight ankle knock but is yet to return from International duty. More positive International news for the Whites is that Tom Lees is back with the squad and will be fine to take on Wednesday after making a substitute appearance in England under-21's controversial win over Serbia on Tuesday.

Michael Tonge (shoulder) went off injured last time out against Barnsley and Friday night's game may come too soon for the on-loan midfielder. Should Tonge and/or Austin miss out, David Norris and Paul Green are both waiting in the wings following a return to fitness after early season injuries. Meanwhile new signing Ryan Hall goes straight into Neil Warnock's squad and is expected to earn a place on the bench.

Jermaine Johnson joined Sheffield Wednesday from Bradford City in January 2007 and scored what proved to be the crucial goal in a 3-2 win over United at Elland Road in March of that year. Johnson started his career in Jamaica with Tivoli Gardens and following loan spells with Bolton Wanderers and Oldham Athletic, the Jamaican landed at Bradford City. Brian Laws splashed out £250,000 for Johnson in 2007 and the 32 year old has gone on to make nearly 200 appearances for the Owls and the winger, who can also operate in attack will be hoping to improve on his goal tally of three so far this season when United come to town on Friday night. 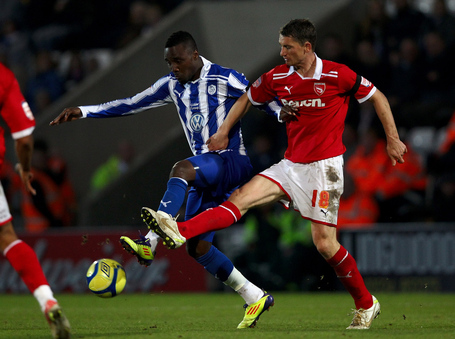 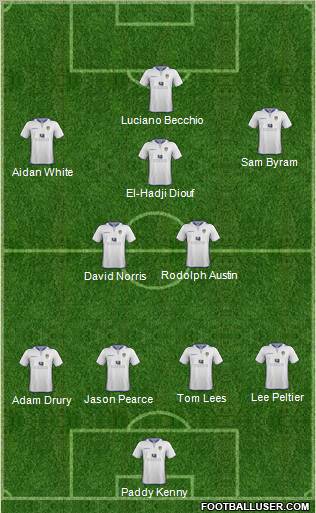 Personally I think that Austin will make the game. The Jamaican has been ever present in United's midfield so far this season and I think that will continue. I don't think Warnock will risk Tonge though and I think he will leave him on the bench perhaps giving Aidan White a chance to start. The only other change I have gone for is David Norris returning in place of Michael Brown.

Neil Warnock will be determined to go to Sheffield Wednesday and get a win. The only problem is the Owls are desperate to get out of the terrible form they are in and they are always up for playing us, just like most teams. Wednesday will also be playing in front of their biggest crowd of the season but 5,000 of them will be from Leeds. I think Leeds will win, we will have to be up for it but we are more than capable of piling on the misery for Dave Jones and Sheffield Wednesday. 2-0 Leeds.