Paul Jewell's Ipswich Town are the visitors to Elland Road this weekend as Simon Grayson's merry men look to record their first victory over Ipswich in just short of ten years when goals from Robbie Fowler and Ian Harte were enough to see off the Tractor Boys in March 2002. Ipswich, who have the leakiest defence in the Championship, come into the game without a win in 6 games in all competitions and sit just four points above the relegation zone. United's recent record is not much better though having won just one of their last seven games leaving them three points outside the play offs in eleventh place.

Leeds United fans have been rocked this week with the news that homegrown, club Captain Jonny Howson is set to leave LS11 for Norwich after a fee was agreed between the sides. It means that little thought has gone on the game and even three points will do little to deflect their anger towards owner Ken Bates. 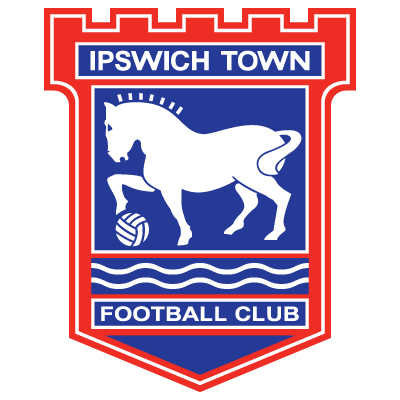 There are no new injury concerns for boss Simon Grayson but the squad is boosted by the arrival of Fabian Delph who today rejoined the club on an initial one month loan from Aston Villa. Robert Snodgrass could also make a return to the starting line after the Scotland International made a goal scoring comeback as a substitute last weekend away at Crystal Palace. Snodgrass had been out of the side following appendix surgery.

Ipswich will be without Lee Bowyer, meaning there will be no Elland Road return for the former United favourite. The midfielder is ruled out with a groin injury and Paul Jewell told the club's official site: "Lee Bowyer won't be fit enough to feature at Leeds. He's had an injection on his groin injury and should be fine to come back into contention next week". However Jewell may be able to call on Grant Leadbitter and Damien Delaney after the Ipswich boss revealed they both may return from injury in time for the Elland Road clash.

With the Tractor Boys top scorer Keith Andrews back at his parent club Blackburn, Ipswich need their strike force to step up to the plate and start scoring. Jason Scotland is one of the men trying to do just that and after recently being preferred to Michael Chopra in attack, Scotland is currently Town's third top scorer with five goals in all competitions. After beginning his career in Trinidad and Tobago, Jason Scotland made his name in Scottish football with Dundee United and St Johnstone, where he scored 33 goals in 66 appearances. After a move to English football with Swansea produced 45 goals in 90 appearances, Scotland caught the eye of Premier League Wigan. However, Scotland's spell in Wigan proved unsuccessful and now the Trinidad and Tobago international finds himself at Portman Road. Scotland will be hoping to kick start his, and Ipswich's season this weekend and will no doubt prove a handful for Tom Lees and Darren O'Dea in United's defence. 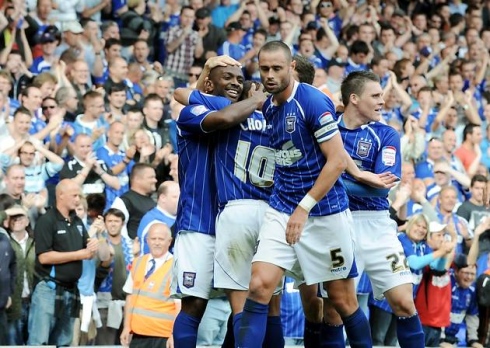 Jason Scotland celebrates his equaliser against Leeds earlier on this season.

The events that have occured this week can't have instilled much confidence into the squad and with rumours that a few more key players could be on their way, I'm not very confident that the Whites will put on a good show this weekend. Ipswich are in poor form themselves and haven't won since the middle of December when they beat Derby 1-0 and it is good chance to earn another three points. However, I feel the bad vibe the Jonny Howson news has created will mean the team will struggle on the pitch, I predict a draw.