The week in which one product of the Leeds United academy looks set to leave for pastures new, another one has rejoined the club on an initial one month loan deal. Fabian Delph has come back to the club he left in 2009, when Martin O'Neill's Aston Villa stumped up £6 million for his services. Since the big money move, Fabian has made 36 appearances for the West Midlands club but has failed to really establish himself in the side. 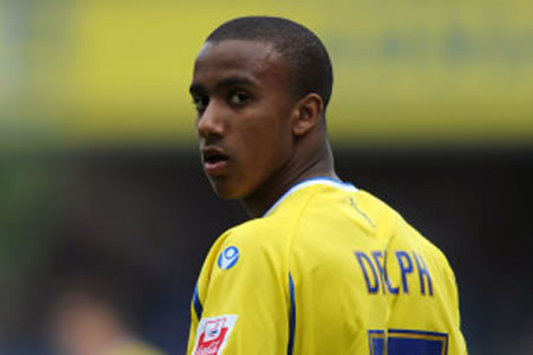 Delph scored 6 goals after breaking into the Leeds side.

Villa manager Alex McLeish thought it best that Delph go out on loan and Simon Grayson wasted no time in snapping up his former midfielder on a short term deal. "We've been talking for a couple of weeks now with Villa about the possibility of bringing Fab back to the club. As everyone knows Fab is a talented footballer who did very well here and secured himself a big move on the back of what he did." Said Simon Grayson on the club's official website.

Leeds moved for Delph at an early age after the youngster impressed for hometown club Bradford City, Fabian then continued his development at the Leeds United academy before eventually making his debut for United in the club's final game in the Championship before relegation to League One back in 2007. It wasn't until Gary McAllister took over that the youngster established himself in the side and the Bradford born midfielder then went on to appear 56 times for Leeds, scoring six goals. The United faithful will hope Delph can reproduce some of the form which got him his big money after a turbulent week for the club. Delph has been training with the squad already and will go straight into Simon Grayson's squad for the game with Ipswich.