Leeds United turn their attentions back to the league this weekend after the Whites were sent packing from the F.A Cup on Monday night following a 1-0 defeat away to Arsenal. United make the trip to Selhurst Park, a stadium where their play-off ambitions all but ended last season with a 1-0 defeat at Crystal Palace, a team who at the time were battling relegation. The Eagles are a completely different side now though and could leapfrog Leeds in the table with a victory over the men from West Yorkshire. Former United loanee, Dougie Freedman is doing at great job at Palace and has turned a relegation threatened team into young and exciting promotion candidates and has even guided the Eagles to the League Cup semi final, a tie in which they hold a 1-0 lead over Cardiff City going into the second leg.

Nevertheless, Simon Grayson's men will travel to London hoping to secure the double over Palace after two goals from top scorer Ross McCormack helped United seal a 3-2 win over Palace at Elland Road earlier on in the season. It was a game that the visitors were unlucky not to win, never mind lose and the Whites will need to be in much better form this Saturday in order to get anything from the game. 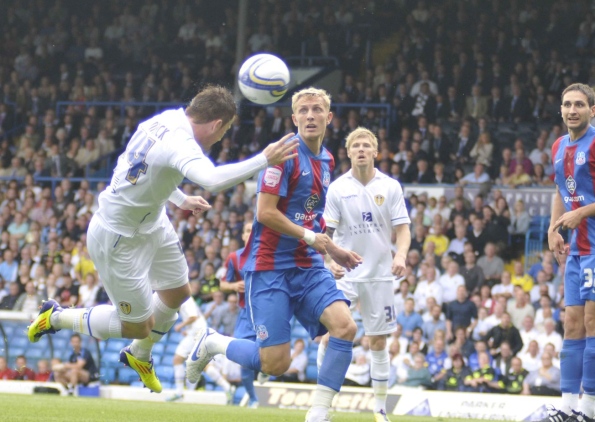 Ross McCormack scored two against Palace earlier on in the season.

The major decision for Leeds boss Simon Grayson is to decide whether Scotland International Robert Snodgrass is ready to return to first team action or not. The talented winger has been out following appendix surgery but may find himself in the squad for the trip to Palace. Otherwise, the side may be similar to the one that travelled to the Emirates on Monday night after the defence received lots of plaudits for Keeping Arsenal out for as long as they did. Simon Grayson told the club's official site: "They'll have learned from the experience and loved playing against some of the players they did. All of them did very well. They have a desire to do well, a fantastic work ethic, they are all good players, and I think the future is bright for all of them." (Thompson, Lees, O'Dea and White)

Mika Vayrynen started at Arsenal and looked tired as he left the field, so Michael Brown may be preferred to the Finland International in the heart of United's midfield, however Vayrynen may get another opportunity to build up his match fitness. Ross McCormack has been kicking his heels on the bench lately but could get another chance from the start after United's attack has become rather toothless of late.

Meanwhile new Palace loan signing Paul Mcshane has been registered in time to face Leeds and will go straight into Dougie Freedman's squad. Nathaniel Clyne is also expected to return for the hosts after the defender missed out on the League Cup tie with Cardiff with a virus.

Palace have a number of young and exciting prospects within their side and 19 year old striker Wilifred Zaha is no exception to that. Speed, strength and trickery are just three things Zaha, who qualifies to play for both England and the Ivory Coast, has in his locker. Despite not being prolific so far this season in the league, Zaha has been a key member of the Crystal Palace side that has reached the semi final of the League Cup with 3 goals in 4 starts. Zaha signed a new four and a half year contract at Palace in November 2010 but with the youngster being touted as a possible January transfer window target for the likes of Liverpool, it may not be long before he is plying his trade away from Selhurst Park. Nevertheless, Zaha will be hoping to kick start his goal scoring season this weekend by putting United's defence to the sword. 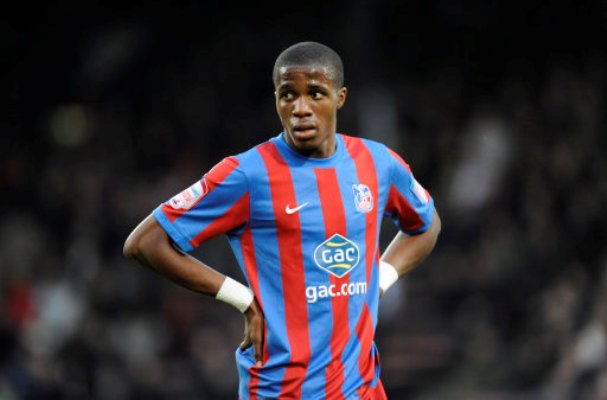 Zaha has been linked with a move away from Selhurst Park.

Hopefully the Whites will defend as resolutely as they did at the Emirates on Monday night when only the introduction of Thierry Henry could break Leeds down. Palace are a lot better than the side that beat us 1-0 at Selhurst Park last campaign and United will have to be in good form to return to West Yorkshire with all three points. If Snodgrass is fit, I fancy us to win the game. With the Scotland International on one wing, and Andros Townsend on the other, it certainly makes for an interesting proposition, Leeds to win the game, 2-1.