Ok I am being sarcastic Kilkenny couldn't power any midfield but the Whites were lucky for a second week running, but playing well doesn't bring success, just look at good old Arsenal.

Simon Grayson recalled Adam Clayton and Aidy White to his starting eleven, with Charlie Taylor and Michael Brown missing out. Bristol City were looking to kick-start their season after a poor start, with Neil Kilkenny playing in the heart of midfield.

The game couldn't have started any better with United going in front after just three minutes. New fan favourite Adam Clayton scored his second goal for the club with a neat left footed finish from outside the box. Leeds continued to press and could have been 2-0 up, but Andy Keogh scuffed his shot wide of the mark from close range.

Then someone in the ground pressed that self-destruct button, which they do every week and I would love to know who it is. Leeds suddenly went inside their shell, stopped playing football and went back to the same level of performance as last week against Palace. Usually when that destruct button is pressed the opposition score, and today was no different Bristol were level in the 11th minute, thanks to Neil Kilkenny which it had to be didn't it? The former Leeds moaner was given time and space on the edge of the box, and his shot cannoned off the bar before finding the back of the net. 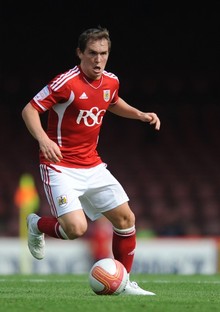 Leeds then had the odd half-chance here and there, but were the cause of their own downfall. Darren O'Dea and Jonny Howson thought it would be fun to pass to the opposition just outside our own box, to add some excitement to the game I presume.

Robert Snodgrass had a glorious opportunity in the second-half to make it 2-1, but the winger lent back as he struck the ball and Leeds were still level. The home side were still struggling to get any momentum going in the game, and looked lost once again in midfield. Ramon Nunez once again proved he is incapable of staying in the right place, Howson was running around doing little, and Snodgrass was filling in for Kilkenny as Mr sulky chops. Adam Clayton was trying in vein to boss the midfield, but was struggling doing it all on his own.

Grayson decided to change things with half an hour to play, Nunez was replaced by Becchio. Moments later disaster struck when Kisnorbo was dismissed for a foul on the edge of the box. The incident appeared to take place just outside the box, but the penalty was given and off the Aussie went. Nicky Maynard stepped up to take the kick, but it was fantastically saved by Lonergan with his legs. Grayson then replaced Keogh with Bromby to give the defence more cover, and shortly after introduced Forssell in place of Snodgrass.

The Whites looked destined for a point, until Ross McCormack reacted quickest to Becchio's flick on to put Leeds ahead with four minutes of regular time to play. Bristol then threw on Jon Stead to salvage a draw, and Leeds had some nervous moments at the back but managed to hold on for all three points. 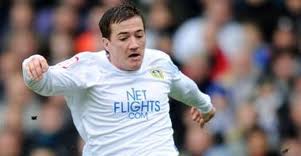 It has now been two wins on the bounce Leeds haven't deserved, but the Whites are slowly climbing the table and that is all that matters. The defensive frailties are still on show, and a decent team will have a field day against us. Brighton next week will be a tough tough test, they play fantastic football and at home will be very hard to beat. As you can see from my headline, only four of the side today showed up in my opinion, the rest were poor at best.

For now though we have a game on Tuesday against the old rivals...and as we know from previous experience, anything can happen.