Every now and again a football fan will watch his team and wonder how his team won, well today that is me and 23,000 Leeds fans, but a win is a win. Goals from Luciano Becchio and Ross McCormack gave Leeds all three points in what was a dire performance from the home side.

Simon Grayson was forced to hand Charlie Taylor his full debut due to Aidy White being suspended. Adam Clayton pulled out through injury and Michael Brown stepped in. Ramon Nunez started on the left-hand side of midfield in place of the departed Max Gradel. There was excitement for fans prior to kick-off with the news that Luciano Becchio and new signing Mikael Forssell were on the bench.

Leeds started brightly and the crowd went ballistic when Ross McCormack headed home Charlie Taylor's inch perfect cross inside eight minutes. The build-up play was first class and McCormack showed once again what he can do when given game time. 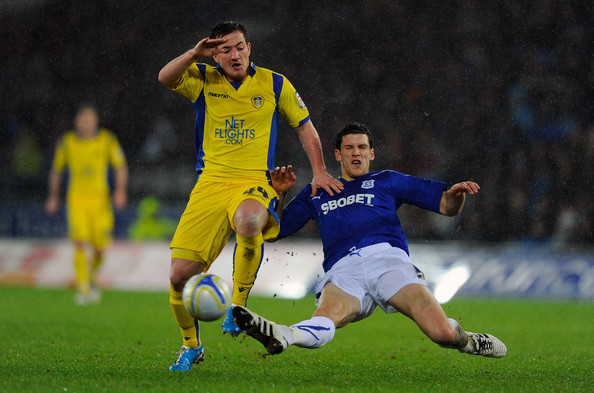 It felt as if the game was going to be a breeze, but who am I kidding I support Leeds United and the good play suddenly stopped. Just four minutes later Palace were level after some shambolic defending. Paddy McCarthy was given time and space to fire home from close range from a free-kick. Leeds almost responded immediately Ramon Nunez's free-kick looked certain to find the net but Speroni somehow kept the ball out.

Palace then punished Leeds again and Sean Scannell made it 2-1 after 20 minutes, Paddy Kisnorbo was no match for the pace of Jermaine Easter. Leeds then began to panic and lost all their shape. Ramon Nunez has no structural awareness at all, and was constantly moving as he pleased, making it difficult for his team-mates. Jonny Howson decided to go missing once again, and Michael Brown tried to kick people as usual as they glided past him at ease. Every pass was going to Palace and Andy Lonergan made a fantastic save to keep the score at 2-1 going in to half-time.

Grayson didn't look to have given the players enough abuse at half-time as nothing changed in the opening fifteen minutes of the second-half. Eventually he decided to change things when he introduced Becchio and Forssell with 30 minutes remaining. Becchio game to the rescue not long after his introduction. The Argentine managed to wriggle free of his marker and head the ball into the top corner. Becchio then rushed over to the dugout to celebrate with the clubs physio's who have helped him over pre-season, a nice touch I'm sure you all agree. 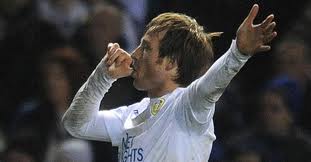 Lloyd Sam was then thrown on to replace Michael Brown, which resulted in McCormack moving to centre midfield for some unknown reason. McCormack was still a threat and grabbed a brace in the 84th minute after a brilliant little header from Forssell. United were then under some serious pressure, Robert Snodgrass finally did something when he cleared on several occasions late on. The Whites held on to record the second home win of the season, and somehow pick-up a very undeserved three points.

Crystal Palace will be going home absolutely gutted, and so they should. Although they weren't brilliant they didn't deserve to go home empty handed. But that is football, Leeds have been unlucky this season and maybe a bit of luck is what we need to change things around. Overall it was one of the worst performances I've seen in a long time, but a win is a win and as much as we can complain with the team we got three points. Leeds were the better team against Ipswich and West Ham but came away with nothing, so at least their is some justice. Here are a few problems I had with today's performance:

1. The defence is still a massive problem as usual. I don't know whether I am being over critical but, Patrick Kisnorbo looks so unfit and I think he is a problem at the back. That really breaks my heart to say it, we all love Paddy and I hope I'm wrong but he looks past it at the moment from what I have seen. It doesn't help that O'Dea isn't the quickest but today O'Dea in my opinion was far superior. Tom Lees struggled today, he is playing out of position but he looked nervous and wasted plenty of possession.

2. Howson and Snodgrass need to really look at themselves when the going is tough, Snodgrass cried like a little girl at times and showed no effort in what was one of his worst performances in the famous white shirt. Howson once again went missing, he showed no leadership and no clue about how to change things in the centre of the park. In his defence he wasn't helped by Brown who showed his age today and lack of fitness.

3. Nunez can not defend and has no idea where to play. It seem he is almost arrogant and demands to play in the free role, Palace exploited this and gave Charlie Taylor a torrid time. Taylor should be proud of his efforts to say he is only 17 and making his full debut.

Enough of the sulking we won and that could kick start our season. Looking forward to Bristol at home next week!

Man of the match: Ross McCormack

McCormack was class today, he showed his skill on the ball and his ability to finish. Last season was a big disappointment for him but he has come back to prove his worth to the team. Grayson for some reason moved him around midfield to accommodate Nunez, a shocking decision all round. Even in the centre of midfield he looked dangerous and at the moment is on fire.