Interview with an away fan: Ipswich Town

Share All sharing options for: Interview with an away fan: Ipswich Town 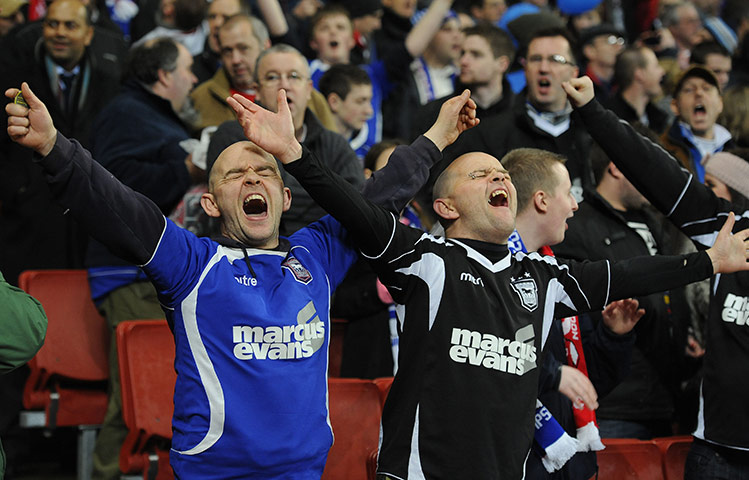 Leeds travel to Ipswich on Saturday hoping for a victory, and maybe just maybe seven goals? I caught up with Philip Ham from independent Ipswich Town website TWTD.co.uk.

I have to start with the result at the weekend, where did it all go wrong and how are you feeling now?

You are fancied by many to challenge this season, I certainly think you can make the play-offs. What are the expectations this season at Ipswich?

I don’t think there are any expectations as such after the last two results. I think people just want to put the nightmare of the last couple of matches behind us. Some new centre-halves and a couple of midfielders would help get things moving in the right direction.

You have signed two players that Leeds were after, David Stockdale and Keith Andrews. How have they performed so far?

Andrews has lashed in two great goals but other than that has been part of a midfield which hasn’t really done the business. Far too early to tell though. Stockdale looks a class act. But for him Saturday’s score could have been anything.

Paul Jewell or Plan B as I like to call him is a good manager and has experience at getting teams from the Championship promoted. What do you think of him so far?

Clearly it’s proving to be a harder job than he initially thought. He’s still at the groundwork phase, so it’s too early to make a judgement, although the last two results have got the more short-term thinkers considering getting out the bedsheets, even if not yet painting them with slogans mentioning the word ‘out’.

Do you see Jimmy Bullard returning to Portman Road?

If no Premier League side firms up their interest, then yes. However, you get the impression at least one of the interested parties will, so probably no. He was excellent for us last season and we need desperately need a playmaker in his mould.

Is Connor Wickham going to fulfil his potential? You got a massive price for a player who is so young and inexperienced. Happy with the sale or not?

I don’t see why not. His talent has been clear for some years, he’s got a sensible head on his shoulders and he’s probably gone to the right sort of club - one where he’ll play rather than somewhere where he’ll be on the bench for three years. Town fans were happy enough with the cash and there’s more to come in appearances, caps and via a sell-on, so he could ultimately be worth a lot, lot more.

You have some quality players but who will be the danger man/men on Saturday?

Michael Chopra, hopefully, although we’ve not seen too much of Town being a danger in recent games, other than to themselves. Jay Emmanuel-Thomas is a bit of an enigma and could pop up with a moment of genius.

Not got any spare centre-halves, have you? Max Gradel seems to be the player making most of the headlines and that sort of pace is very effective in the Championship.

Impossible to call. I’d like to hope we’d switch back to 4-5-1 and have at least one new centre-half in by the weekend. We need to get something out of the game, even if it’s just keeping the scoreline down to relatively normal levels. I’ll go for a bullish, although not confident, 2-1 to us.

Big thanks to Philip for the interview.