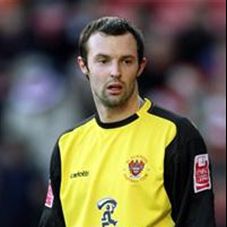 Rachubka will once again be teaming up with Simon Grayson, who signed him whilst manager of Blackpool. Paul was an important member of Grayson's promotion winning side from League one with Blackpool and also played a part in Blackpool's surprise promotion to the Premier league. Paul began his career at arch-rivals Manchester United and has had previous spells at Charlton Athletic and Huddersfield.

On signing for the Elland Road outfit, Paul told the club's official website of his excitement to "Prove himself at a top-class club". However with countless rumours about Goalkeepers on Simon Grayson's radar and with Kasper Schmeichel's imminent departure it remains to be seen whether Rachubka will be first choice at Elland Road or whether Grayson is still on the lookout for his first choice keeper.