Patrick 'Paddy' Kisnorbo has endured a torrid 13 months, but his fortunes look set to change with the news that the club are set to offer him a new short-term deal.

Simon Grayson is going to give Kisnorbo the chance to prove himself, by extending his current deal so that he can see if the Australian is 100% fit for the next campaign. "He understands that and he’ll have five or six weeks in pre-season to get match-fit. I would think that (Leeds will offer him a short-term deal) to cover our backs and his back. He only needs to prove his fitness" Grayson said speaking in the Yorkshire Evening Post.

Kisnorbo is also in contention for a place in the squad that travels to QPR this weekend, Leeds' player of the year last term has been missed in the centre of defence and Leeds fans will be desperate to get him back in the starting eleven. With a solid pre-season Kisnorbo could be back to his best, commanding the defence for the Whites and helping them push for promotion next term. 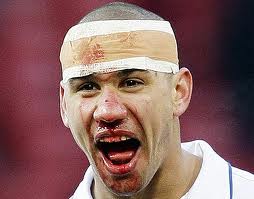