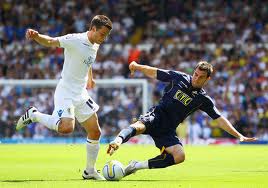 Very few people would have predicted that all three teams promoted from League One in 2010, would have a chance of the play-offs in 2011. As things stand Leeds and Norwich have a chance of automatic promotion, with the Canaries in the driving seat. Millwall lie in 8th place and have every chance of securing a play-off spot come the end of the season. Tomorrow's game looks set to be a close game, Millwall have picked up ten points out of a possible twelve. At the Den Millwall have won seven and lost only one of their last ten home league matches.

Defensively Millwall are far more comfortable than Leeds, the Lions have kept 18 clean sheets this season, a record which can only be beaten by Championship leaders QPR. If anybody can test this defence, it is Leeds United. The Whites are the Championship's top scorers and apart from the odd blip, they have been scoring goals for fun.

Leeds United will once again be without striker Billy Paynter, who still has two games of his suspension remaining. Simon Grayson has announced in midweek that he does have several knocks ahead of the game tomorrow.

Millwall's Alan Dunne is serving a two match suspension, so Jack Smith looks set to feature at right-back. Centre-back Darren Purse is a doubt with a calf injury, and Jimmy Abdou faces two more weeks out with a knee injury.

My guess at tomorrow's line-up is: 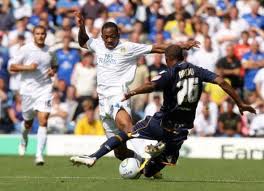 Ex Stevenage striker Steve Morison will be the man to watch for me tomorrow. The striker who has scored 16 goals in all competitions this season, has adapted to the Championship brilliantly. Leeds will need to cut the supply to the striker to increase the chance of a victory.

Looking at the rest of the fixtures tomorrow, there is some cracking games. Swansea take on Norwich, and a draw away to Millwall wouldn't be the worst of results. However a win would be crucial in the push for promotion, Leeds will need three points to keep up with the likes of Norwich, Swansea and Cardiff. I have a feeling that the Whites will sneak this game, maybe at the death like they did against Burnley. I am going for a 2-1 victory to Leeds.