Share All sharing options for: Leeds bring in Bannan

Leeds United boss Simon Grayson has finally made a signing, bringing in Aston Villa midfielder Barry Bannan on loan until the end of the season.

The 21 year old Scottish international completed his move earlier today, and will be in tomorrow's squad for the game against Preston North End. Bannan has already made 21 appearances for Villa this season, picking up Premier League and Europa League experience along the way. The central midfielder was part of the Blackpool side that was promoted last season, and has been labelled a star for the future.

Bannan isn't the defensive player Leeds need, but he does bring quality to a midfield who is without a play-maker. For me he is the ideal replacement for Neil Kilkenny who is not one of my favourite players to say the least. It would be nice to see Grayson rest a few of the team tomorrow, but I suspect Bannan will probably feature from the bench.

United fans have been waiting since January for another loan signing, Bates and Grayson have been working hard apparently to bring in some new faces. Leeds are still short of defensive cover, but Bannan is a young talented player who will help the Whites push for promotion. 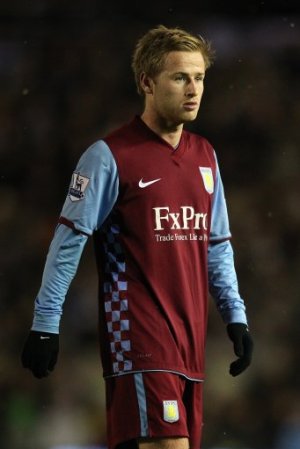