Leeds United bounced back from last week's thumping at the hands of Swansea, with a 5-2 victory over a very poor Doncaster Rovers.

It was evident from today's game that neither team can defend, but Leeds' attacking threat was enough for them to secure a vital three points to boost their promotion chances. Doncaster were ready for their cup final, they beat Derby in midweek and anything can happen in football, although many expected an easy victory for the Whites.

Simon Grayson made two changes to the side that was outclassed by Swansea last Saturday, Bradley Johnson was back from suspension to replace Davide Somma, and Leigh Bromby replaced Alex Bruce in the centre of defence.

Leeds dominated possession from the start, Max Gradel and Robert Snodgrass went close, it looked like Leeds were going to run riot. Doncaster failed to settle and were punished in the 12th minute. Max Gradel was given space, he exploited it by cutting inside and drilling his shot past Gary Woods. 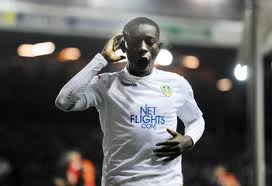 United could have then scored three or four more, Neil Kilkenny saw his shot saved by Woods, and Becchio dragged his shot wide of the post. Snodgrass went agonisingly close when he rounded Woods, but slipped at the vital moment and Doncaster were lucky to get away with a goal-kick.

Grayson's men failed to find that crucial second goal and once again United's defensive errors cost them when Donny equalised with their only chance of the first half. Kasper Schmeichel gifted Rovers possession, and seconds later they took the lead through Billy Sharp. Doncaster were well and truly battered by the Whites within the first half, and thanks to another mistake Leeds went into the break level.

At half-time the fans in the Kop were in disbelief, how Leeds were level was a mystery. It got worse Doncaster somehow made it 2-1, Franck Moussa placed his shot past Schmeichel, after he latched onto a Dean Shiels through ball. The crowd were still recovering from shock, when Howson carried the ball through midfield and drilled his shot into the bottom corner.

Both sides could have taken the lead, the game was end-to-end and Leeds were about to throw on Davide Somma when Luciano Becchio gave Leeds the lead for the second time. Leigh Bromby chested the ball to Becchio from a free-kick, and the Argentine placed his shot into the roof of the net. Billy Paynter was given more than his usual 2 minute opportunity, when he replaced Becchio just after the 70th minute.

The former Swindon man has had no luck in front of goal this season, and that luck continued. Paynter saw his shot cleared off the line, and Max Gradel was on hand to place the ball into an empty net, 4-2 Leeds. The home side were running riot and the Doncaster players were desperate for the final whistle, when Howson continued to rub salt in the wounds by making it 5-2. 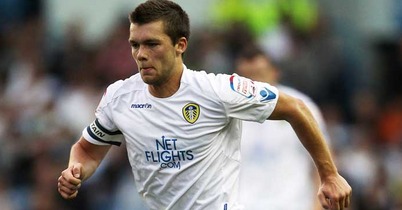 As usual Max Gradel and Robert Snodgrass caused problems for the opposition defence, Gradel bagged himself two goals and Snoddy could have scored a few himself. For me Jonny Howson was outstanding today, he carried the team forward and got Leeds back into the game. He showed good composure in front of goal, and as usual was up and down the pitch giving support for both attack and defence.

Going forward Leeds were dangerous, as they have been all season. It could have been 10-3, Leeds played some fantastic football at times, but in fairness Donny were woeful. Neil Kilkenny and George McCartney played far better today than they have been in recent weeks. The five in midfield allowed the attacking players to go forward and support Becchio, compared to last week when the midfield looked stretched. Finally the rest of the results all went Leeds' way, for a change and a win at Preston away will be vital.

United were up against a Doncaster side who were without key players, and short on confidence, yet they still conceded two poor goals. The defence is still a problem, and Grayson needs to bring someone in this week ready for the push for the play-offs. Leeds need to kill off opponents as soon as possible, today was another example of how poor finishing could have cost them early in the second half.