According to Sky Sports Leeds have agreed personal terms with central-midfielder Michael Stewart. The former Manchester United, Hearts and Hibernian midfielder is due to undergo a trail at Elland Road and play in a behind closed doors friendly at Thorp Arch. The 29year old's contract was cancelled by his former club Genclerbirligi a Turkish side after an argument over failed payments to the player.

It is rumoured that Blackpool came in for the midfielder and Leeds have doubled their offer to secure the services of the former Red Devil. The transfer has come as a surprise to many Leeds fans, but it also appears he is the sort of midfielder we need. Apparently one of Stewart's main attributes is his tackling, something we lack in the centre of midfield and could do with, in the run in to the play-offs. 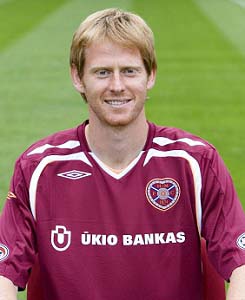