Share All sharing options for: Connolly injury may force Grayson into loan market

This week the emergency loan market opens and Simon Grayson is expected to bring in one or two new faces, with news that Paul Connolly may be out with a hamstring injury for some time.

Connolly was replaced by Leigh Bromby late on against Coventry and the club physio's will know the extent of the injury in the next 24 hours. With Connolly being are only out and out right-back Grayson may look for some back up in that area with the important stages of the season still to come. Bromby is no stranger to the right-back position although he is a regular centre-half, he possesses a fantastic long throw (not as good as Rory Delap) but isn't the quickest of players.

Connolly himself isn't the quickest of defenders but he has impressed since his move from Derby County in the summer. The former Rams captain has got better and better as the season has gone on, his partnership with Robert Snodgrass is also starting to gel nicely. Saturday's game against Coventry showed the partnership Connolly and Snoddy have and it worked effectively.

Hopefully the injury suffered by Connolly was not a serious one, as keeping a solid, regular back four is what is needed if we are to improve our defensive errors. 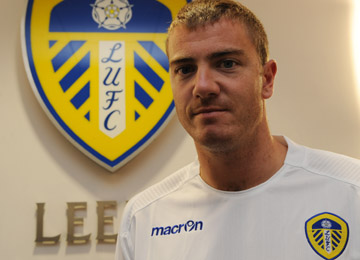