Davide Somma's fourth goal in as many matches sealed the win for the Whites against a dissapointing Coventry City. Prior to the game I expected plenty of goals, both teams are dangerous going forward and Leeds as we all know concede far too many. I even had a cheeky bet that the match would finish 3-2 how wrong I was.

Simon Grayson decided to stick with the 4-4-2 formation that he used midweek against Hull when we drew 2-2, allowing Somma to partner Becchio and continue his rich vein of form. Coventry were without their talisman Marlon King who was replaced by Lukas Jutkiewicz. Gary McSheffrey returned to ER and was met by some typical Leeds chants "Grayson was right, your f***ing s***e".

The opening 20 minutes were scrappy, with neither side taking a hold of the game. There was some solid tackles early on and the game looked like it could be a feisty encounter. Luciano Becchio had Leeds' first real chance, Robert Snodgrass danced his way into the box and created a chance for the Argentine, he failed to get enough power behind his shot and the ball went just wide.

Max Gradel could have scored just after, leaving the opposition right-back in no man's land but his shot went just wide of the mark. Leeds continued to trouble Coventry with Snodgrass and Gradel causing problem after problem for Boothroyd's men. The best chance of the first half fell to Becchio. McCartney was allowed to run to the by-line and cut the ball back for Becchio but he dragged his shot wide of the far post (it was harder to miss). 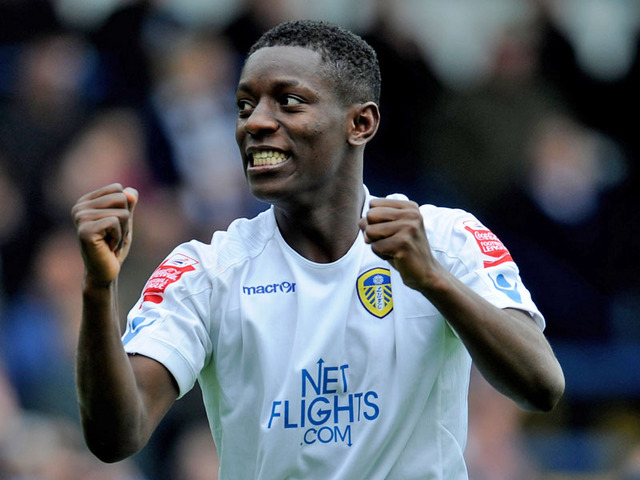 Somma scored yet again in the 55th minute. Max Gradel was once again the architect, his cross to the far post was met by captain Howson who calmly passed across the six yard box for Somma to tap home. Coventry almost made it 1-1 through Gunnarsson who saw his shot go just wide. Leeds then had a goal disallowed, Somma was sent through 1-on-1 he chipped Westwood but the linesmen deemed it offside, something which baffled me as it appeared Somma was well and truly onside. Paul Connolly went off injured and was replaced by Leigh Bromby who didn't have much to do. Kilkenny and Paynter were thrown on at the end but neither made much of an impact. 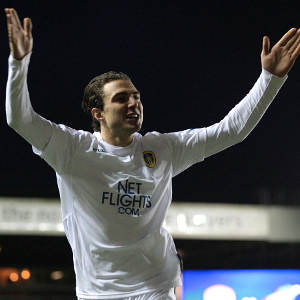 In the final few minutes Leeds could have made it two or three but in the end Somma's goal was enough for the victory. Leeds battled hard all day and were deserving winners, we also kept a clean sheet which is a bonus and a surprise. This season we have just leaked goal after goal but today we looked solid, although Coventry were poor they could have scored a couple themselves.

Next up for Leeds is Bristol City away next Saturday, we beat them 3-1 at Elland Road thanks to a Luciano Becchio hat-trick but since then they are in form and won 4-0 today so it could be a tasty encounter.

Both Max Gradel and Snoddy were outstanding today as was Somma. For me Gradel's defensive effort and his work rate off the ball wins him my man of the match award. He was dangerous going forward and he works tirelessly for the team and could have scored several today.

Schmeichel - 7 - Kasper didn't have much to do today but was there when needed. Scared the fans on a few occasions when he decided to come out to collect crosses he was never going to get.

Connolly - 6 - Was solid today, didn't have much to do defensively but worked well with Snodgrass picked up an injury late on.

Bruce - 6 - Made some important challenges and nearly scored in the second half. However still doesn't look comfortable under the high ball.

McCartney - 7 - Solid partnership forming between him and Gradel, made some brilliant forward runs and helped Gradel on numerous occasions. Solid in defence also.

Snoddy - 8 - Brilliant once again, had the defender in his pocket and looked a threat all day could have scored two.

Johnson - 7 - Worked tirelessly and did his best to stop the Coventry midfielder's getting into the game.

Howson - 7 - Like Johnson ran all game and never gave in, superb assist for Somma.

Gradel - 9 - Could have scored 3 or 4 and played a part in the goal, gets better each game and keeping Lloyd Sam out of the team. His effort in defence is tremendous he just never stops running.

Becchio - 4 - Love the man but was very very poor today. Looked a yard slower than everyone else and should have been replaced at half-time. He missed several chances and looks injured to me.

Somma - 8 - Worked hard all game which is something he hasn't done all season. Got one chance and took it, very very impressive in front of goal.