Share All sharing options for: Grayson sensible in transfer window

This January transfer window was expected to be a busy period for Leeds United manager Simon Grayson. Leeds are currently sitting 6th in the Championship table, something which has shocked many, seen as the Whites were only promoted from League One six months ago. 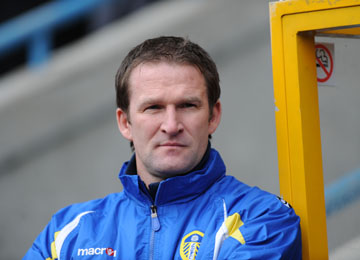 Prior to deadline day Grayson had already secured the services of two Premiership experienced players. Andy O'Brien signed from Bolton after impressing during his loan spell and George McCartney returned to Elland Road on loan till the end of the season. Leeds defender Aidy White departed the club, he rejoined Oldham on-loan till the end of the season. As deadline day arrived many fans were hoping for one or two new additions to push us towards promotion however Grayson had other ideas.

Leeds up until yesterday had one of the biggest squads in the Championship, our reserve side's this season could play in League One and do well. Fede Bessone was the first player to leave the club on deadline day he joined League One outfit Charlton on-loan until the end of the season. Bessone has been very disappointing so far this season, the fans were happy to see the back of him and hopefully the left back will move permanently to the Valley as he just isn't the player Leeds United need. 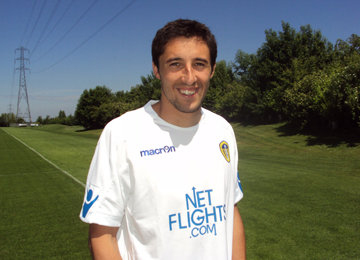 Right-back Jason Crowe was the next player to depart after having his contract cancelled by mutual termination. Crowe hasn't featured this season for the first-team but was a key figure in last season's promotion push. Leeds fans will remember Crowe for his goal-line clearance against Manchester United something we are all grateful for.

Goalkeeper Alan Martin also departed Elland Road on a free transfer. The Scottish under 21 international had been with Leeds since 2007 but failed to make a senior appearance. Martin's contract was due for renewal in the summer and Grayson has decided to let the Keeper move on early and find another club.

Tom Elliott also saw his contract cancelled after failing to impress manager Grayson. The young centre-forward has been on-loan at Rotherham for the early part of this season but he didn't have the best of relationships with manager Ronnie Moore. Back in 2007 Elliott became the first schoolboy to represent Leeds United when he was handed a substitute appearance against Norwich. 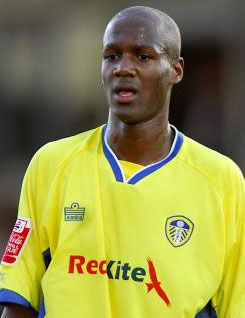 United's final departure of the day came as a bit of a shock. Centre-half Neil Collins left to join Yorkshire rivals Sheffield United for an undisclosed-fee and signed a two year deal with the club. Collins has been a regular since making his loan spell permanent in the summer. However due to the signing of Andy O'Brien the Ex-Wolves man has found it hard to maintain his place in the starting line-up. I wasn't the biggest fan of Collins but he tried his best while at the club and that is all you can ask for.

It wasn't all doom and gloom for United fans as Leeds did bring in one signing. Suprisinlgy Grayson brought in another keeper in David Gonzalez. The Colombian international has yet to make an appearance for his parent club Manchester City and joins on loan until the end of the season.

Although Leeds didn't spend big in the transfer window there is no need for Leeds fans to panic. Grayson was sensible and slashed some of the wage bill at Elland Road. There is no point in keeping players who will never be used under Grayson, we might as well let them go and find new clubs. It would have been nice to see at least one signing, especially in midfield as we are missing an anchorman to help the defence. However Leeds have done the right thing if we can't find a target, don't get desperate and pay money for somebody who is not going to be beneficial to us. It wasn't that long ago that Leeds were spending far too much on players we didn't need and look where that got us, thanks Peter Risdale.

For now we are doing well in the Championship and we would all be happy with a top ten finish. In the summer Grayson can access his options and then spend some cash and go for promotion next season, if we don't secure it this campaign as there is still a serious chance we can.

Under Grayson we have come on leaps and bounds so we must back the Gaffer.