Leeds United chairman Ken Bates has pledged his support to boss Simon Grayson, when it comes to strengthening the squad over the next few weeks.

Bates has announced that should the players be available, Grayson will be backed all the way in the run up to a difficult few weeks for Leeds. "We're doing well with 15 games to go and we're in with a good chance. The manager is still authorised and encouraged to strengthen the team where he thinks is appropriate. At this time of year, good players and exceptional players are hard to find. As we've said many times before, there's no point in signing players to make up the numbers." said Bates speaking to the Yorkshire Evening Post. 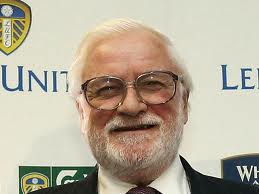 Grayson has the opportunity to bring some new faces in, due to the emergency loan market which United have already used this month. Eric Lichaj joined the Whites last week on a months loan from Aston Villa, and impressed in his debut on Saturday against Bristol City. Speculation is still building regarding the future of Manchester City midfielder Michael Johnson. Johnson has being linked for months, ever since he publicly stated his love for the club. City boss Roberto Mancini has included the 22 year old in his squad for the remainder of the season, so this will hopefully stop all the talk as it is becoming rather tedious and boring.

The emergency loan market gives clubs the chance to strengthen, but as Bates says the talent is hard to find. Our chairman is not known for spending big, but I agree with not spending money on players who are not going to be beneficial to the club.

Hopefully Grayson will see some talent that is useful for the team, in the run up to the end of the season. I feel that we need another midfielder as we could do with someone to win the ball, I feel Howson and Kilkenny are too weak in that department. Lichaj looks a good signing and we may be able to sign the defender on loan until the end of the season.