Leeds United play their last game of 2011 on Saturday when they make the short trip to Oakwell to face Barnsley, a side whom they haven't beaten since 2001. The Whites have been in poor form and haven't recorded a victory since the 2-0 success against Millwall at the start of December. Not only have the wins dried up but the goals have too and United have scored only one goal in three games, a Robert Snodgrass penalty away to Watford. Barnsley have also suffered a dip in form of late and find themselves without a win in three following defeats to Blackpool, West Ham and Ipswich.

Simon Grayson is likely to be without defender Tom Lees after the youngster took a knock at Derby on boxing day and had to be substituted. The manager told the club's official site: "Tom is a doubt. He took a nasty bang, he was dazed, and there's no way we will risk him if he isn't 100 per cent. We'll be guided by the medical staff on that and see where we are." Grayson has given himself an extra option in defence though after the former Blackpool boss recalled Alex Bruce from his loan spell at Huddersfield. With two games in quick succession, Grayson has decided to bring the former Ipswich defender back to Elland Road and he could come into contention for his first appearance for the Whites this season.

Robert Snodgrass will also be sidelined after the Scotland International underwent Appendix surgery on Thursday. The loss of Snodgrass is a massive blow for Leeds as the winger has arguably been United's only in-form player of late. The United management may see fit to shuffle the team's attack in different ways as well given the lack of fire power lately, however exactly what they opt for remains to be seen. Luciano Becchio is struggling to find form following his return from injury while Ross McCormack has struggled to find the net since he was dropped from the side at Nottingham Forest. Somebody who could give United something different is Mikael Forssell who continues to sit on the sidelines waiting for his first real opportunity at the club. 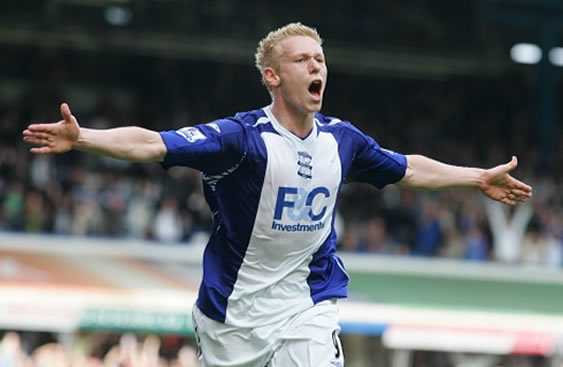 Mikael Forsell is yet to be given a real opportunity at Elland Road.

Barnsley's injury hit side may be boosted by youngsters John Stones (17) and Paul Digby (16) after manager Keith Hill suggested he may include the teenagers. Midfielder Danny Drinkwater is still sidelined with a thigh injury, winger Jim O'Brien is also on the sidelines with a stomach injury, while striker Reuben Noble-Lazarus has a hamstring strain. One of Barnsley's loan rangers (Nile Ranger) has returned to his parent club in Newcastle United while another, Miles Addison will return to Derby after the Leeds game.

Ricardo Vaz Te's goal at Elland Road last month helped Barnsley depart Elland Road with all three points and the former Bolton man has been in fine form this campaign. Vaz Te joined the South Yorkshire club in early August 2011 and has so far hit an impressive 7 goals in 9 league starts. Despite struggling to make an impact during his 6 seasons at Bolton, the 24 year old has wasted no time in doing so at Oakwell and will be hoping to add to his 7 goals when Leeds come to town on Saturday. Vaz Te is keeping the likes of former Leeds front man Andy Gray out of the side and if United give Barnsley the freedom they did in this fixture last season, the dangerous striker is likely to make the most of the chances he receives. 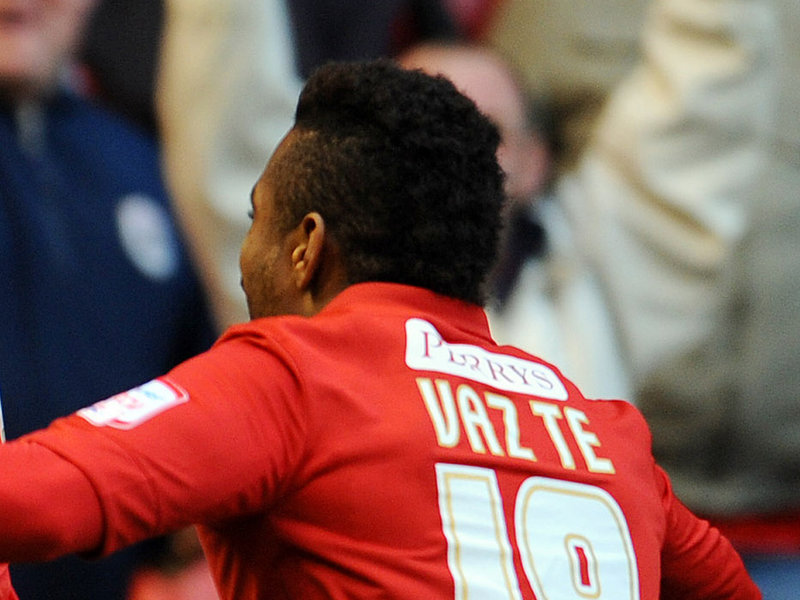 Ricardo Vaz Te has enjoyed a good start to his Barnsley career.

You would like to think that performances on the pitch during the last few games will spark a reaction for the game at Barnsley. If that didn't spark a reaction then the fact that Barnsley have humiliated us the last few times that we have met might do so? Nothing is ever guaranteed with Leeds United but even more so this season. We have seen abysmal performances at home to Barnsley followed by fantastic ones at Nottingham Forest and I don't really know what to predict for New Years Eve. Barnsley, like our last opponents Derby have become somewhat of a bogey team for United, our performances in the last handful games against them have been some of the worst I can remember. I won't be holding my breath for anything too different this time and I think we will see out 2011 in a similar way to how we saw it in, (1-1 Middlesbrough) by scraping a draw against a team we should be beating.