United went into their boxing day clash with Derby having played poorly in their two previous games which were away to Watford and at home to Reading. An improvement in performance was required for the trip to Derby in order to provide the fans with some Christmas cheer and to ensure Leeds stayed in the play offs heading into the new year. Despite the Rams relatively poor start to the campaign, Nigel Clough's men did the double over Leeds last campaign and had won their last five against United going into the game. Simon Grayson recalled Darren O'Dea to the starting line up for the first time since the Republic of Ireland International started at Burnley in November. It was a move that saw Tom Lees move back to right back and Paul Connolly drop to the bench. 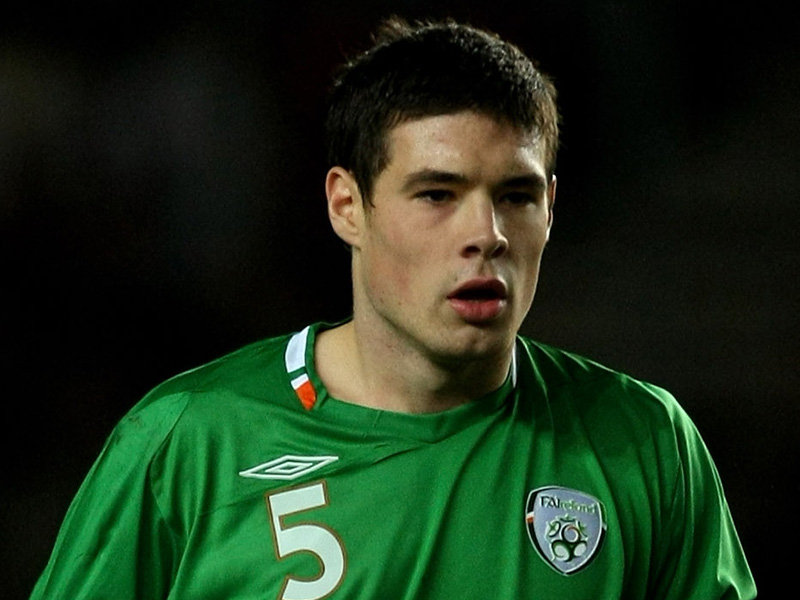 O'Dea was recalled to the Leeds side.

Leeds started the game in the play off places but it seemed that the visit of Santa had done little to ignite United's promotion push as the side from West Yorkshire struggled to create any real chances. However there was an early chance for Aidan White after a John Brayford slip saw the pacey Ireland under-21 International get in behind the defence. However White could only win a corner and Leeds couldn't capitalise on the opportunity. A Luciano Becchio header was the nearest United came to scoring in the first period, it was a chance the Argentine should have done better with, which seems to be a recurring theme this season for a man who could do little wrong this time last year. United were forced into an early change when Tom Lees had to be replaced by Paul Connolly at right back after the youngster seemingly took a blow. Connolly used to ply his trade at Pride Park and should have needed little motivation to show his former supporters what he can do.

Jamie Ward was the biggest threat on the field and it was the former Sheffield United man who finally broke the deadlock on 67 minutes. Ward beat Lonergan at the second attempt after his first shot had been saved by the former Preston shot stopper. He could do nothing about the rebound though, which was turned in from close range. 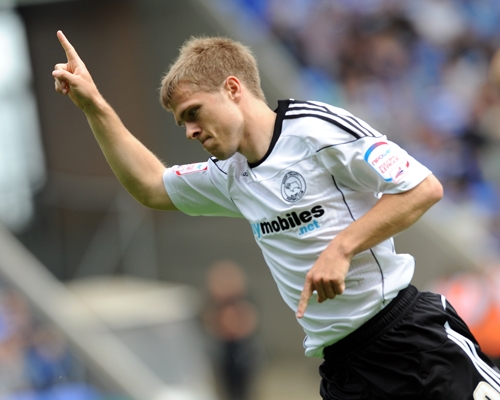 Jamie Ward was the match winner for Derby.

United, much like at Watford a few weeks before, tried a late flurry but unlike at Vicarage Road there was nothing doing. Grayson's subs, Keogh and Nunez, huffed and puffed but they couldn't get passed Frank Fielding in the Derby goals. Leeds are now without a win in three games and but for a Robert Snodgrass penalty, wouldn't have scored a goal in three either. There is something wrong at Elland Road at the moment and on the current performance of the side, mid table would be an achievement.