Leeds United went on search of their third win on the bounce on Saturday afternoon as they travelled to London to face an in form Watford side. The Hornets, who ply their trade at Vicarage Road had begun to find form after a disappointing start to the season had left them in 17th place in the table.

United’s last outing at home to Millwall had seen their Skipper Jonny Howson and fellow midfielder Michael Brown both limp out of the action with injuries. Consequently they were both missing from the starting line up at Watford, Brown however did make the bench. Andrew Keogh and Lloyd Sam were both recalled to the starting line up in place of the injured duo as Simon Grayson reverted back to a 4-4-2 formation. It was a move which meant top scorer Ross McCormack remained on the substitute’s bench as Keogh partnered Luciano Becchio in attack while Sam took up his place on United’s left wing. The captain’s armband was taken by defender Patrick Kisnorbo as he tried to lead his defence to their third clean sheet in as many games. 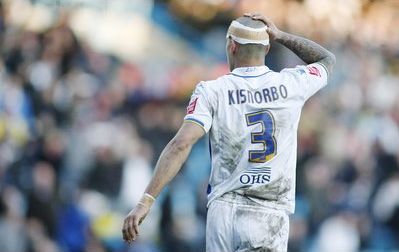 The game began with little bite about it and neither side could really get a foothold in it and unlike the past two games, there was no fluency about United’s play. The change in formation was perhaps to blame for that but the likes of Robert Snodgrass weren’t affecting much of the play like he had so well the week before against Millwall. The deadlock was broken though, and it was the home supporters that were celebrating. Michael Kightly ran at the Leeds defence and some hesitant defending from skipper for the day Patrick Kisnorbo gave the former Grays Athletic attacker the opportunity to unleash a shot on goal. The on loan Wolves man didn’t need asking twice and he curled the ball past Alex McCarthy in the Leeds goal. Prior to that, the Leeds defence looked calm and collected but it only takes one mistake and that’s how it turned out to be and Leeds had to come from behind once again. The goal came out of nowhere after United had begun to put the Watford back four under some pressure but the first real opportunity of the game had been taken.

Unfortunately for Leeds, Kightly’s Wolves team mate Andy Keogh wasn’t so keen to shoot at goal and after it had opened up for the Republic of Ireland International Keogh opted to pass with the goal gaping. The chance had gone and Keogh, who has only scored two goals since joining the Whites in August should have had a shot at goal. That wasn’t the only chance that United had to level the scores before the interval and Robert Snodgrass found himself in a great position after rounding Watford keeper Scott Loach in the left hand side of the penalty area. However, the Scotland International opted to shoot, when perhaps a cross into the crowded penalty box would have been a better option and his shot sailed over the crossbar.

It was a game of few chances but Michael Kightly’s tidy finish ensured the home side went in at the break with a 1-0 lead. The second half didn’t see the improvement in standard that the game needed and the ball was spending more time in the air than on the deck. The two Watford central defenders had the beating of Becchio and co in the air and United were getting nowhere whatsoever. Grayson tried to mix things up by playing Snodgrass more central and switching Andrew Keogh to the wing but that didn’t change United’s fortunes. The back four were simply pumping the ball forward and United were just playing into the hosts hands, nothing was being created and the Whites didn’t look like scoring all week. When the ball did fall for Becchio, the Argentine snatched at his chances and hit three half chances tamely wide, giving England under 21 International goalkeeper Scott Loach nothing to think about between the sticks.

With just less than half an hour to go, Leeds gaffer Simon Grayson had seen enough and decided to make some changes. Lloyd Sam and Andrew Keogh were replaced by Mika Vayrynen and Ross McCormack, the latter being the subject of chants from the travelling Leeds faithful who wanted to see their top scorer back on the field. Leeds were showing no signs of getting back into the game and with time running out it was looking as though the strong United following were going to have to go home with nothing to smile about. It could have been worse for Leeds after some poor distribution from Alex McCarthy saw Marvin Sordell bare down on goal, however the young front man fired over when it was arguably easier to hit the target.

It didn’t look like a final flourish was ever going to materialise for the visitors and with less than five minutes on the clock, the hosts were handed the perfect opportunity to make the game safe. A bizarre header from Danny Pugh put Leeds in unnecessary danger which resulted in Patrick Kisnorbo bringing down the Watford attacker in the corner of the penalty area. Marvin Sordell seemed to take an age over the penalty kick and when he did finally begin his run up his arrogant stuttering got exactly what it deserved. The penalty was missed and he had wasted the opportunity with the score remaining 1-0.

The fourth official indicated that there would be three minutes of added time and Sordell’s complacency was to be punished in dramatic fashion. He will be feeling very foolish tonight after United were awarded a penalty deep into stoppage time. Robert Snodgrass continued his fine run of form in front of goal by despatching the penalty much to the delight of the travelling Leeds fans that were still inside Vicarage Road. United had got out jail in to earn a point that their second half performance didn’t merit. 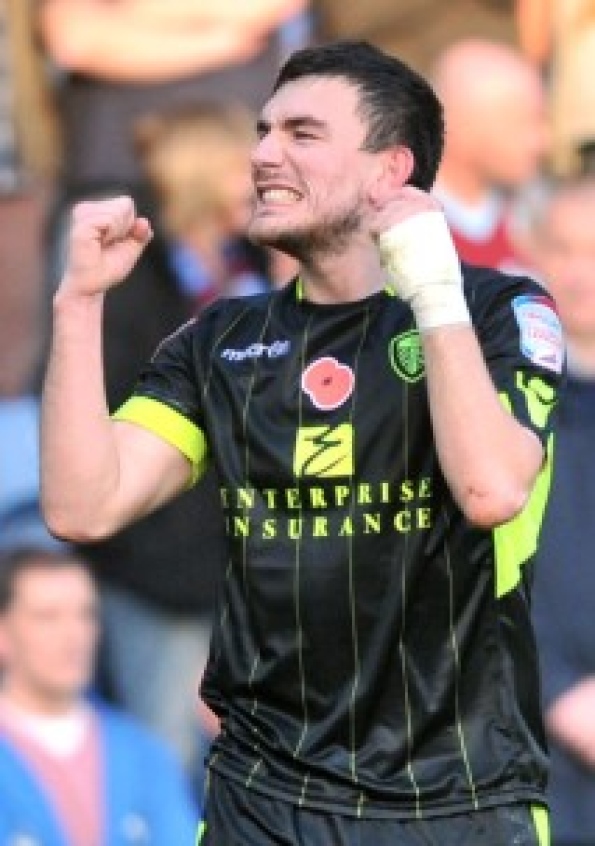 Robert Snodgrass earned Leeds a point from the spot.

Leeds were poor today, particularly in the second half when they were unable to string a pass together but we have still come away from Vicarage road with a point which can only be a good thing given the way we played. I believe it is time to accept that we are simply a very inconsistent side and it looks like it’s going to remain that way. After terrible performances against Burnley and Barnsley, we produced great performances at Forest and then at home to Millwall, yet today we go to Watford and it’s like the players don’t even know each other. Another change in formation could be to blame for that but it’s been happening for too much now and in my opinion it’s just down to inconsistency. Today was very much a point gained and hopefully we will go into to next week’s game with Reading looking to put in a better performance.