Leeds United bounced back from being spanked 5-0 during the week in the perfect way by beating Leicester City 1-0 away from home.

There were two changes for Simon Grayson's men as new signing Alex McCarthy replaced Paul Rachubka between the sticks and Andy O'Brien was given the nod to replace the suspended Tom Lees in United's back four. The Whites were up against two of their former players in Kasper Schmeichel and Jermaine Beckford, the latter, received a great reception from the travelling army of Leeds fans after his goals help fire United back to the Championship but he could only manage a place on the bench for the hosts. 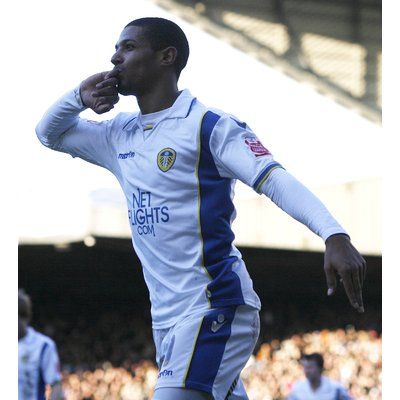 Jermaine Beckford received a warm reception from the Leeds fans.

It was a game of very few chances and I am sure that debutant Alex McCarthy will have tougher afternoons before he returns to Reading. On the day that Hull refused manager-less Leicester the opportunity to speak to Nigel Pearson, they could barely muster a chance and it is now 2 defeats out 3 for the caretaking duo of Jon Rudkin and Mike Stowell. United weren't much more creative though and when Keogh and McCormack did find themselves behind the defence, their tentative approach meant that they were easily shut out.

Leeds were the team to finally take the game by the scruff of the neck when Adam Clayton's first time curler gave Schmeichel no chance in the Foxes goal. It was a brilliant finish and a goal worthy of winning any match which came off the back of a poor clearance from Matt Mills. 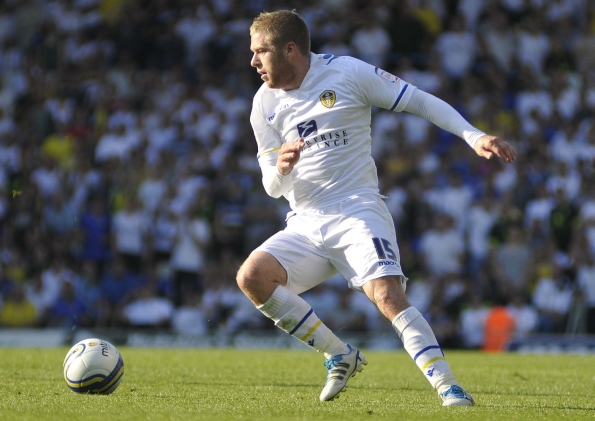 Adam Clayton notched his 4th goal of the season.

Leeds would have taken a draw before the game but they now go in to the International break on the back of a win. United surrendered a 2 goal lead away to Leicester last season and as the hosts 'upped the ante' there will have been plenty of nerves in the away end.

Despite Beckford's emergence and an injury to Andy O'Brien which saw him replaced by Leigh Bromby late on United held on and climbed to seventh in the league, level on points with both Crystal Palace and Blackpool who are 6th and 5th respectively. United now have two weeks off before travelling to Burnley on the 19th of November for a lunchtime kick off at Turf Moor.