Interview with an away fan: Leicester City

Share All sharing options for: Interview with an away fan: Leicester City 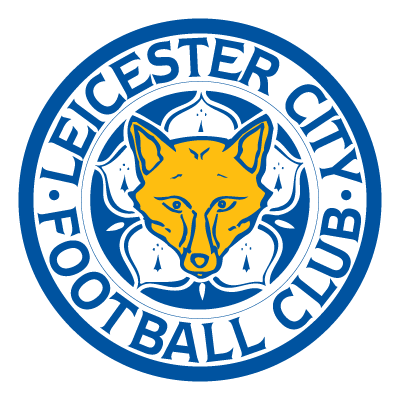 After the midweek horror show against Blackpool Simon Grayson will be hopeful his team can bounce back and get something against Leicester on Sunday. You can follow the Twitter account here or visit the blog.

Right let’s not beat around the bush, Sven has gone are you happy with this, or do you think it was a little too early considering your league position?

The season was by no means over when Sven was sacked, nor is it now. I'm very sceptical when clubs sack their managers during the season in the hope of kick starting a promotion campaign. It almost never pays off.

There are probably players who signed because of the opportunity to work with Sven who might not be all that happy now either. 26 players made their debut during Sven's 387 days in charge. No doubt the new boss, whoever it turns out to be, will have more players in mind too.

What was going so wrong under Sven?

That's a very difficult question to answer. It seems like many fans have been imposing their own prejudices onto the team. Sven was accused of stubbornness and having no 'Plan B' despite regularly rotating his squad and the team's formation. Leicester fans have pointed to the lack of width in the side, but also a lack of bite in midfield which often led to Sven flooding it with central midfield players.

Last season Leicester leaked goals but scored freely at the other end. People complained. This year the side has improve immeasurably at the back, but goal scoring has become a problem. Other half-baked theories included Sven not being passionate and not knowing the division well enough.

In reality, Sven had next to no chance of getting Leicester promoted last season given the start they had and this season hadn't started as brightly as expected, but it had hardly been disastrous. As I say, his sacking was rash and the owners will be lucky to escape the Championship this year as they so desperately want.

Spending as much money as you did in the summer there was bound to be either major success or failure, which way did you think it would go prior to the season starting?

Well I'd argue it's been neither. Leicester aren't exactly out of the running, but neither are they setting the pace in the way many of us (myself included) had expected. The club might have been sensible to temper expectations. In hindsight setting up a fairground outside the KP before the opening home match of the season was probably not the best idea. Carnival atmospheres need to be earned.

There are plenty of names being linked with the job, but who do you want and why?

Everyone want's Martin back for obvious reasons. Nobody wants Roy Keane. In the real world though it's so difficult to put a name forward because it's not even clear who, if anyone, the board is actually negotiating with. The fluctuating odds reflect that.

It's either the best kept secret in football...or they don't know who it's going to be either.

And is there anybody you really don't want at the Foxes?

Aside from Roy Keane, I'd consider myself in the anti-Billy Davies camp. He's bottled big games too often, and even if the board did decide to expand the KP I still don't think his ego would fit inside it.

You've lost the last two against West Ham and Millwall, can you bounce back with a win this weekend or do you think the form will come with a new manager?

Well City picked up a very useful three points at Burnley in midweek, but we haven't won back to back league games this season so it's anyone's guess.

Obviously you have some money at the helm with the new owners but what has changed apart from player spending?

Away fans will notice the KP is a lot more polished these days. HD screens now live in two of the corners, and the branding around the place is a lot more clean and consistent. There is a lot of investment going on away from the stadium too, particularly at the training ground, which can only be good in the long run.

You now play at the King Power stadium previously the Walkers. Did that go down well the stadium name change?

It was met with a shrug. Many felt Walkers had paid under the odds for the naming rights when the stadium was first built. At the time the club was heading for administration and desperate for cash, Walkers' offer reflected the club's extremely weak bargaining position.

With the money you have spent is the minimum expectation promotion?

Yes. I imagine Sven's brief at the start of the year was very much along the lines of 'we expect the club to mount a serious title challenge this season'. The owners will expect the new boss to get the club promoted by whatever means necessary.

Kasper Schmeichel was at Elland Road last season and he started really well. His shot stopping was class but he got worse as the season went on, however some Leeds fans were stunned and unhappy to see him go. What are your thoughts on him so far this year?

He's had a great start, probably winning a few points on his own. The only black mark was his red card at Nottingham Forest. There's no doubting it was harsh, but he was a silly boy for even giving the referee the opportunity to show him a second yellow for 'time-wasting' just moments after he had been booked.

Jermaine Beckford splits Leeds fans opinions somehow, he scored tonnes of goals that ultimately got us promoted. He was pretty lazy for us but did his job and I'll always be grateful for that. You spent quite a bit of cash on him, with him getting a wage rise worth it or not?

Someone wrote recently that Beckford's signing has felt like one that took place not because it was right, but because it could. Certainly his performances so far have not lived up to the fee he commanded, but it's far too early to write him off. I'm sure he will play a big part as the season progresses.

Keep an eye on Lee Peltier who will cause problems from right-back. Of the summer signings, he seems the be the most universally liked, and he's still young with plenty of potential. There's no doubting his commitment or his talent.

Prediction for the match? I'm going to say a draw 1-1.

A home win, but with both sides on the score sheet. 2-1 Leicester.

Many thanks to Mike for doing this.