Interview with an away fan: Nottingham Forest

Share All sharing options for: Interview with an away fan: Nottingham Forest 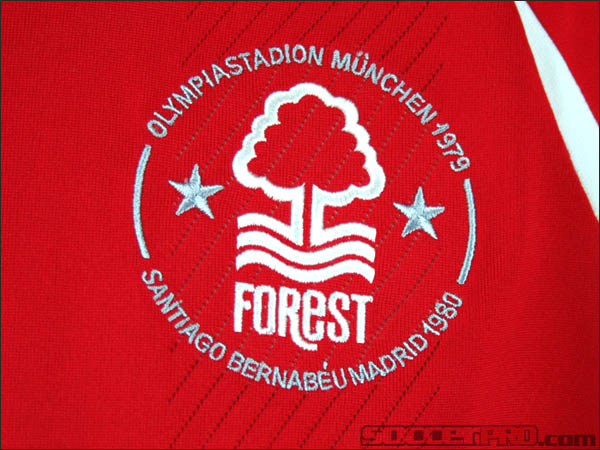 Football at the moment seems irrelevant, in what has been an emotional and torrid time for Leeds and football fans across the world these past few days. But the football season goes on and tomorrow Leeds travel to the City Ground hoping to get all three points for a club legend. Ryan Brice was kind enough to speak to me on behalf of Nottingham Forest blog ' Through the seasons before us'.

You've had an eventful start to the season it’s fair to say. How hard has it been supporting Forest this year?

No harder than normal! We do have in our number (as I'm sure you can empathise) a number of supporters who believe we have a divine right to a higher status, whereas I'm more content to roll with the punches and see what happens in truth. It's been frustrating having challenged for a couple of seasons to readjust our ambitions to perhaps more modest ends.

Steve McClaren departed the club earlier this season. Were you happy with the appointment and did he deserve to go?

I wasn't massively thrilled, having just been taking the piss out of a Villa supporting mate that they looked set to get him! However, I did take it as a sign of ambition and - as any football fan would - came to accept the idea, particularly when players started arriving. When the Verhoek signing fell through and it was silent after then it looked bad. On the pitch he was awful, clueless, passionless. He definitely deserved to go. Clueless at this level.

Steve Cotterill took charge at the City Ground. How has it been under him, has much changed?

He has the players looking like they give a shit, which is a solid start. He has endeavoured to get players in their right positions - but the fact we've had no fit wingers has made this tricky. I wasn't happy with his appointment, but he's won me around quickly - a likeable fellow, with what seems like a sound tactical understanding and has quickly got to grips with the relative merits of the squad at his disposal. I think given our cloth-cutting to fit in with financial fair play rules in the future we could do a lot worse with our choice of manager.

You've come close in previous years to reaching the promised land, what do you think it is that's stopped you from going up?

Bottle, in a nutshell. We don't seem to have what it takes to hold our nerve on the big occasions. Last season against Swansea we were unlucky, the referee seemed to have a blind spot for assorted penalty claims we had, and we hit the woodwork - Swansea to be fair to them grafted and got a result - but at least we didn't embarrass ourselves like in the past against Blackpool or Yeovil in play-off encounters. I can't ever imagine Forest triumphing in the play-offs.

Leeds fans don't like Billy Davies due to an incident from his Preston days, and he generally appears as a nasty little Scottish man. Do you Forest fans miss him, or was his time up?

I think his time was up - not because of his ability, but because he talked himself out of a job through his disastrous relationship with the board. He had a reasonable point about lack of backing at crucial points, however, I don't think that that backing was ever promised and he still had cumulatively more than most managers in the Championship - including those who ultimately bested him tactically in the play-offs. A lot of Forest fans found his sacking difficult to stomach though, particularly when it transpired how bloody awful Steve McClaren was. I don't think many dislike him though, he certainly left us in a better state than he found us - but definitely time for the wee fella to move on.

Two defeats in the last three, but the win was a dramatic last minute winner. Are the team still adjusting to life with Cotterill?

It's a combination of adjustment and balance - McClaren signed the wrong players leaving us with an over-stock of central midfielders, and no wingers (exacerbated by injury, admittedly). We have struggled therefore to field a team with any width, or at least any creativity on the wings. With Anderson returning to fitness and Reid starting to come good after looking more like Rik Waller earlier in the season there might be light at the end of the tunnel. Couple this with our seeming inability to defend crosses into the box and you'll see why we lose a few - often quite harshly given the balance of play. We're not a million miles away, but we need to get motoring quickly as we find ourselves a point from the drop zone again.

Despite the start, there is still a long way to go. How far can you go this year and did you expect to be challenging once again?

I think in truth this year we consolidate - of course, there is often a late riser into the play-offs, but I don't think that will be us. I expect a top half finish possibly within an outside shout of the play-offs 'til late - but we'll not achieve it. That said, if we can sneak our way in there we'd do so with momentum behind us - in the past we've clung on to our play-off spot having occupied the top six for much of the season. But no, mid-table.

Who do Leeds fans need to watch out for on Tuesday night?

Tough to say really. Our stand out players of late has been Joel Lynch in defence. Whilst he did net against Ipswich he's not exactly a goal threat - going forward it's the likes of Lewis McGugan who can unlock a game on his own, but stuck out on the left wing he's been ineffective. Andy Reid has made an impact coming off the bench recently, but he still looks too rotund to last a full game.

I'm a big admirer of Snodgrass - strength, a bit of flair, creative as well as a goal danger himself. He'd be first on my list, closely followed by McCormack. Both excellent and potent attacking forces at this level.

Leeds seem to be travelling well at the moment and reserving their wobbles for Elland Road, but three away wins on the bounce is maybe an ask too far. A draw isn't a bad shout, although I do think Forest might just sneak it because our recent results have belied a degree of bad luck. Now I've said that we'll get a panelling.