Other than the Republic of Ireland qualifying for Euro 2012, another dull International break has passed by and proper football returns this weekend as Leeds face Burnley at Turf Moor. United have a good recent record against Burnley, having come out on top in 10 of the last 12 meetings between the two sides and Simon Grayson's men go into the game on the back of a 1-0 win away to Leicester which was their first success in four attempts. Burnley are yet to keep a clean sheet at home this season and after Adam Clayton's fantastic strike at the King Power stadium made the Whites the second highest scorers away from home in the league, Leeds will fancy their chances of hitting the back of the net again this Saturday.

There will be a one minute applause at the game in memory of Burnley legend Jimmy Adamson who died at the age of 82. Adamson made 486 appearances for Burnley before going on to become their manager and after a spell as Sunderland chief, he went on to take the reins at Elland Road between 1978 and 1980.

Simon Grayson has somewhat of a selection headache ahead of the lunchtime kick off at Turf Moor. Not only is Tom Lees back from suspension but Irish International Darren O'Dea is available for selection again following Injury. 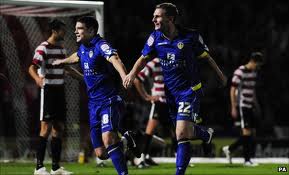 Lees and O'Dea had started to form a good partnership at the back but Patrick Kisnorbo and Andy O'Brien were the men who deputised at Leicester and United kept a clean sheet, with the two experienced defenders returning to West Yorkshire with lots of credit. "We've got four good centre-backs and two will be disappointed. It is a tough decision because Paddy and OB did really, really well at Leicester and Darren and Tom did well before that." Said Grayson on the clubs official website.

Mika Vayrnen will definitely not be involved after the finnish international had groin surgery but Robert Snodgrass is available for game after the Scotland International had minor hand surgery which saw him miss Scotland's game with Cyprus. Alex McCarthy is also expected to continue in goal for Leeds, who are looking to snap up veteran Northern Ireland keeper Maik Taylor as long term cover for the Injured Andy Lonergan.

Defender Michael Duff could return for the hosts following a two month lay off due to a knee injury while defensive partner Brian Easton is likely to continue in the side after he returned from injury last time out against Bristol City.

This weeks one to watch is Burnley striker Charlie Austin. Since bursting onto the scene with Swindon in 2009, Austin attracted the interest of a number of clubs after he scored 31 goals in just 54 appearances for Swindon but it was Eddie Howe's Burnley who the front man decided to join in January of this year. Despite having the start of his Burnley career disrupted because of a dislocated shoulder, the 21 year old is the club's top scorer this campaign and he hasn't looked back since bagging his first goal at the start of the season. Whichever defensive duo is selected by Grayson this weekend, they will have their hands full with Austin and will need to make sure Burnley's main goal threat is repelled if the Whites are to outscore their opponents. 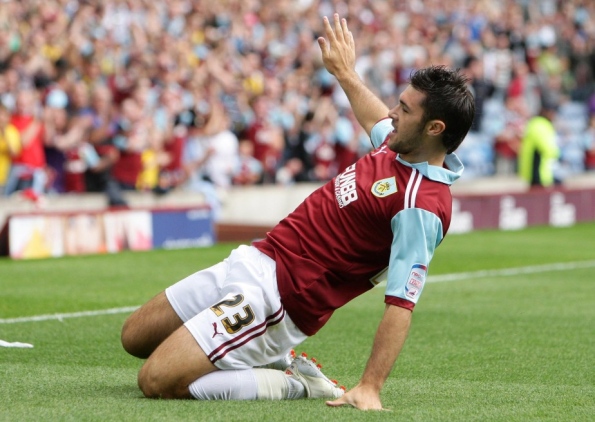 United really need to build on what was a great away result at Leicester two weeks ago. Consistency is the key in this division and Leeds are yet to show any of it so far this season. The Whites are a few victories away from being right up there and if they can get all three points at Burnley, the disaster that was Blackpool will be all but forgotten. I do think we will get the win tomorrow with a good solid performance, Burnley are struggling in the league and find themselves in 18th, hopefully their revival doesn't start tomorrow lunch time and Leeds will come away with a 2-0 win.