Blackpool are the visitors to Elland Road on Wednesday night as Simon Grayson prepares to face the side he played for and managed for the first time since leaving the club for United back in December 2008. Grayson, who guided Blackpool into the Championship in 2007, will be hoping his side make it 7 unbeaten at home, United haven't lost at Elland Road since the unfortunate defeat to Middlesbrough on August 13th. The clash will be the first time the two sides have met for a league encounter since 1971 and the last time Blackpool were victorious at Elland Road, England went on to win the world cup later on in the year in 1966. United have won 15 of 39 previous meetings, while the seasiders have won 12. 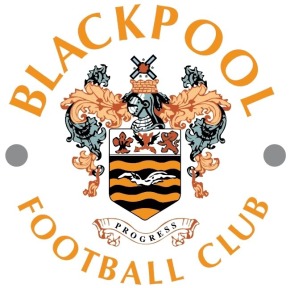 There is one enforced change for Leeds boss Simon Grayson after Darren O'Dea was forced off during the first half at the weekend. The Irish International was replaced by Patrick Kisnorbo and Kisnorbo is the one who is most likely to take O'Dea slot next to Tom Lees in the United defence. However Leigh Bromby, Alex Bruce and Andy O'Brien are all battling for a chance in the Leeds back four. Robert Snodgrass is likely to continue in Midfield for Leeds after seemingly getting over the worst of his back injury to score United's equaliser last time out against Cardiff.

Paul Rachubka will once again be between the sticks for the Whites as first choice keeper Andy Lonergan continues to sit out with a fractured finger. Fans Favourite Luciano Becchio continues to push for a call up to the starting eleven, however it is likely that Ross McCormack and Andy Keogh will continue up front.

Gary Taylor-Fletcher is a doubt for Blackpool after missing their defeat at Burnley. Boss Ian Holloway is rueing the big strikers absence after telling the Blackpool Gazette: "Football is very simple. At Burnley we didn't have anyone on the day to win a header. Taylor-Fletcher is the only one I've got and he wasn't fit." Meanwhile fellow front man Lomana LuaLua is likely to feature as a substitute as the Congo International looks to gain match fitness following his recent return to England after spells in Kuwait, Greece and Cyprus. Elliot Grandin is also out for the tangerines following toe surgery and is unlikely to return to action for another two to three weeks.

38 year old hit man Kevin Phillips just can't stop scoring goals. His career has been spanning for almost two decades and since starting out at non-league Baldock Town in 1992, the striker capped 8 times by England has had spells at Watford, Sunderland, Southampton, Aston Villa, West Brom, Birmingham City and now Blackpool. His best spell without a doubt came at Sunderland where Phillips notched 113 goals in 208 appearances. Not only did his goals fire the Black cats to the top flight but in his debut season in the Premiership, the goal getter fired 30 goals. Phillips is now loving it on the sea side and has helped himself to 6 goals in 14 appearances so far at Bloomfield Road. Leeds can't give the former England International any space in and around the box or else he will score. Other players to look out for in the Blackpool side include former Rangers and Blackburn man Barry Ferguson and former Whites full back Stephen Crainey. 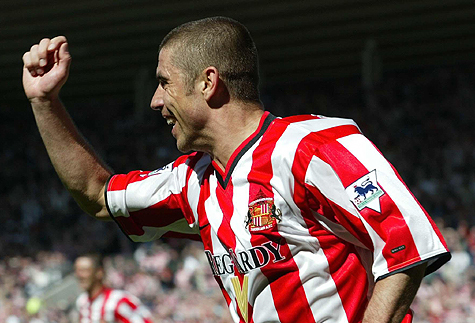 Kevin Phillips in his Sunderland days.

Leeds could do with a win tomorrow night at Elland Road having only won one of their last four. However it's normally those type of games that we mess up in and I've just got a feeling that Blackpool are going to be up for it tomorrow night. They have only won two of their last eight and Holloway is sure to have them fired up. I think it's going to be another frustrating one for Leeds and I think the seasiders will sneak it 1-0, I would love to be completely wrong though.