Interview with an away fan: Blackpool

Share All sharing options for: Interview with an away fan: Blackpool 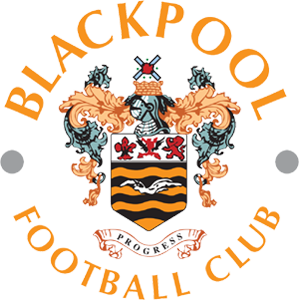 You lost 3-1 in the Lancashire Derby at the weekend against Burnley. How fierce is the rivalry between the two clubs?

I personally don't see it as fierce. It's a rivalry where you'd like obviously like to win, but Preston is where the real animosity lies. The chants between both sets of fans are based around ridicule rather than hatred or anything like that.

You've lost two in a row now and sit 13th in the table. Did you expect such an inconsistent start and what are the expectations for the season?

Yes. We are rebuilding after losing our three key players, I felt that we'd start like this, but pick up as the season progresses and the new team learn the way that Holloway wants them to play. Then hopefully pick up in the New Year, perhaps nick a play-off spot. However, I'd be content with a finish around tenth but with a very good prospect of pushing all the way next season.

Boss Ian Holloway is one of a kind within the footballing world, just what do Blackpool fans think of him?

They think he's untouchable. The way he turned us around from Championship club to a Premier League side was nothing short of miraculous. Added to that some of the football we have played has been truly inspirational. Some of the old timers (who can remember our great sides) have said they've not even seen the like of it before.

Simon Grayson got you promoted to the Championship back in 2007, how do fans think about him? Sad to see him leave when he did?

I was, he was excellent for us. I thought he was excellent in recruiting players and had an excellent knack for substitutions. I felt at the time he could become a very good manager and had no issue with him going to Leeds. I think some fans were scathing of him leaving to join a club who were at the time in a lower league, but mainly I think they are the kind of fans who tend to be angry about most things and have little or no objectivity.

Last year you had a good go at staying in the Premier League, playing in your attacking style. Do you think the club regret going at it that way?

I'm not sure. When we were relegated I'd have said there were no regrets, however, a few comments that Holloway has made about Norwich and particularly Swansea having good defences shows that perhaps now he realises we should have be stronger at the back. We've still not invested in the defence; however, if we ever get back I wouldn't be surprised to see a chunk of his budget going towards defensive recruitment.

Being relegated from the Premiership has its drawbacks, but it is also a financial gain. What has it done for you as a club?

I'm not close enough to the accounts to understand the detail around it, but it would appear that we have a lot of money in the bank. We spent very lightly upon getting to the Premier League, spent lightly when we were in there and we didn't go mad this summer either. It would seem that the money we gained will secure the long term future of the club. A new corner is being added to our stadium and hopefully we should get a new training ground too. There is discontent that the money hasn't been reinvested heavily in to the playing side, but we live in hope that we may grow that part of the club too as well as the infrastructure.

Left-back Stephen Crainey was pretty poor for us when he played in the years after relegation. Do you rate him?

Crainey has been excellent for us. With Holloway's system he is effectively an attacking full back and will get forward whenever he can. He rarely has an off game and is one of the most respected members of the squad. We almost lost him in the summer as his contract ran out and the prospect of trying to replace him was pretty daunting.

Who do Leeds fans need to watch out for on Wednesday?

If he is fit, Gary Taylor-Fletcher. On his game he can be hard to track, devastating in picking a pass and clinical in front of the goal. If he starts wide right, whoever covers the left side of midfield and defence for Leeds will have to be wary about where he goes and ensure he is tracked. He has a cracking ability to start high up the pitch, drop deep to pick up the ball and start off quick passing moves which can break most defences down.

I can't profess to have an in-depth knowledge of the Leeds squad, but Jonny Howson looks like a superb midfielder who could bond and drive on any midfield in the Championship or some in the Premier League.

Prediction for the match? I'm going for a 3-1 win to the Whites.