The Whites are on the road for the second game running as they travel to Birmingham for the rearranged fixture on Wednesday night. Leeds left it late at Peterborough at the weekend but managed to return to West Yorkshire with all three points and now face the tough task of turning their unbeaten run of seven games to eight. The two sides have met a total of 88 times in competitive matches and there isn't much to choose between the two sides with United winning 33 and Birmingham being victorious 32 times. Leeds boss Simon Grayson will be hoping the scores aren't levelled up tomorrow as he hopes to guide his Leeds side to their first win at St Andrews since 1982, taking United level on points with West Ham in second whilst doing so.

Robert Snodgrass is a doubt once more for United after he missed out on Leeds' midweek win. However, the Scotland International did return to training on Tuesday morning and will be given every opportunity to make the clash at St Andrews and return to United's right wing. Grayson said of Snodgrass on the club's official website: "Snoddy trained on Tuesday morning so we will see how he is before we go to Birmingham, he's made progress which is good and hopefully he will be in the squad on Wednesday night." Mika Vayrynen was given his first Leeds start in replace of Snodgrass and may continue to deputise should Snodgrass be unable to make the game. Lloyd Sam then took his place for the majority of the second half from the subsitutes bench. He finished the game with two assists and may also feature again for the Whites. Paul Rachubka will continue to deputise for Andy Lonergan who is out with a finger injury.

Curtis Davies faces a late fitness test for the hosts after picking up a leg injury at the weekend in his first game back since returning from a knee injury. Fellow defender Pablo Ibanez is also a doubt after the Spaniard suffered concussion last week in the Europa League. Birmingham will also be without Jordan Mutch and Wade Elliot who are struggling with an ankle injury and calf injury respectively.

Chris Wood has been in fine form so far this season for Birmingham. The New Zealander currently on loan from West Brom has smashed 8 league goals in 7 starts and also has 2 Europa League goals to his name. The 19 year old already has 17 caps for New Zealand and one international goal. If Leeds are to have any chance of going eight games unbeaten, they need to stop the man who has notched nine goals in his last nine outings. 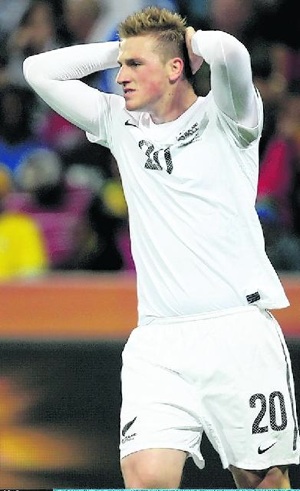 I'm not sure which way this game will go as both sides are in fairly good form. Birmingham have been creeping up the table and have even been winning in Europe. I fancy us to score but as we all know we like to throw away leads. I think we will score first but the game will finish 1-1 which would be a great result ahead the clash with Cardiff at Elland Road this weekend.