Leeds travelled to Peterborough for a lunchtime kick off that saw the two sides meet for only the seventh time in their history. Mika Vayrynen was awarded his first start for the Whites as Robert Snodgrass was missing through injury. The Finland International who normally operates as a central midfield player was employed in Snodgrass' space on the right hand side of midfield.

The two sides line up ready for battle.

The game couldn't have started much better for Leeds after Andy Keogh fired the away side into a fourth minute lead. The Ireland International gave the keeper no chance as he fired a volley into the corner of the net from just inside the area, sending the travelling army into delirium. If Keogh could add such quality finishing to his all round game more often then we would have quite the player on our hands. 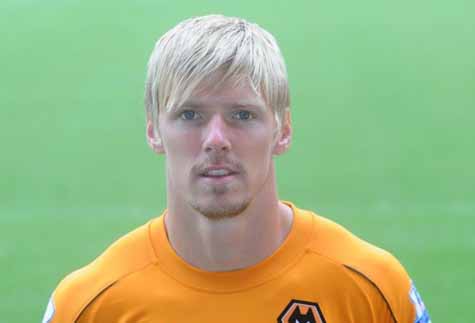 Keogh got the scoring underway.

After United had so confidently seen off Doncaster away from home eight days earlier, they threatened to do the same again to Peterborough as the home side were given nothing until some slack play from Adam Clayton allowed the Posh to get the ball into the box, however George Boyd was unable to convert the chance. They were however level soon after when they won a corner off the boot of Danny Pugh. The delivery was converted by defender Gabriel Zakuani's head as Rachubka could only parry it into his own net.

The setback didn't deter the Whites and opportunities were still being created. Andrew Keogh couldn't add to his earlier strike as keeper Paul Jones came out on top this time in their particular dual and Keogh was at the centre of the action again when a poor challenge on him saw the hosts reduced to ten men. It was Lee Tomlin who went through the back of Keogh and referee Stroud showed no hesitation in sending Tomlin for an early bath. Leeds should have gone in to the interval a man and a goal to the good as McCormack was sent through one on one with Jones by Vayrynen. However it was Jones who once again came out and top and was quickly becoming Peterborough's best player.

The second period began how everyone would expect it to given the circumstances and United were in complete control as they began to put pressure on the hosts. The first chance fell to skipper Howson who failed to keep his effort from ending up with the United fans in the stand. Simon Grayson replaced Vayrynen with Lloyd Sam, whilst United's number seven had put in a good shift, he isn't a winger and kept coming inside. He had also taken a knock and Sam was introduced to give United more width. Six minutes after Sam's introduction, the Whites were back in front and it was midfield man Adam Clayton and it was that man Sam with the assist. Clayton received the pass and steadied himself before sending Leeds into a 2-1 advantage.

Much to the frustration of the United faithful, just as they had in midweek, Leeds were beginning to camp out in their own half. The ten men of Peterborough were trying to force the issue but they struggled to create any real clear cut chances. Then with what seemed to be their second serious attempt of the game the hosts were level. A high ball which the United defence allowed to bounce was met by Mark Little who's tame effort was guided past Rachubka, the former Blackpool man was in no mans land and it seemed his poor keeping had once again contributed to two points dropped. It could have been worse for Leeds as the Posh could smell victory, Rachubka this time diverting an attempt on goal away for a corner.

It was Leeds though, who scored a dramatic late winner in the fifth minute of injury time. Adam Clayton was fouled and he quickly fired the ball out wide to Lloyd Sam. The former Charlton winger got his second assist of the game when Darren O'Dea flicked his cross off the underside of the bar and over the line. The goal was initially credited to Luciano Becchio who headed in just to make sure however replays have shown that O'Dea's effort was over the line. The goal sparked wild celebrations in the Leeds end of the ground as Paul Rachubka, Simon Grayson and the whole United following breathed a massive sigh of relief.

My View on the game:

Leeds did more than enough for the three points but as we all know we like to do things the hard way. One thing that has got to stop is sitting back on a one goal lead because it only ends with the opposition scoring. In regards to the whinging from Darren Ferguson and co, the red card looked justified (although it wasn't a great view in their ground) and although we scored in the fifth minute of stoppage time, he needs to learn that the time added on is only a minimum and if the referee sees fit to play more then so be it. Also Darren being the son of Alex, he should know all about extra time being added on.